Some of the largest federal agencies saw increases in scores for the 2018 Best Places to Work in the Federal Government, released by the Partnership for Public Service, which measures employee engagement.

The National Aeronautics and Space Administration (NASA) continues to top the list among large agencies, increasing its score 0.3 percent from 80.9 percent to 81.2 percent. The Department of Agriculture saw the biggest decrease in score, in the large agency category, from 65.9 percent last year to 59 percent in 2018.

Among mid-size agencies, the Federal Trade Commission (FTC) topped the list with an 84 percent score. The FTC improved 2.6 percent, tied with the Small Business Administration (SBA) for the highest increase among mid-size agencies. The Consumer Financial Protection Bureau (CFPB) had the largest decrease as it tumbled 25.2 percent from their 2017 score.

Margaret Weichert, deputy director for management at the Office of Management and Budget and acting director of the Office of Personnel Management, said she hopes to enhance the types of programs that agencies can offer to improve employees’ lives outside the office. 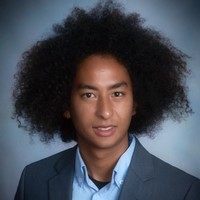