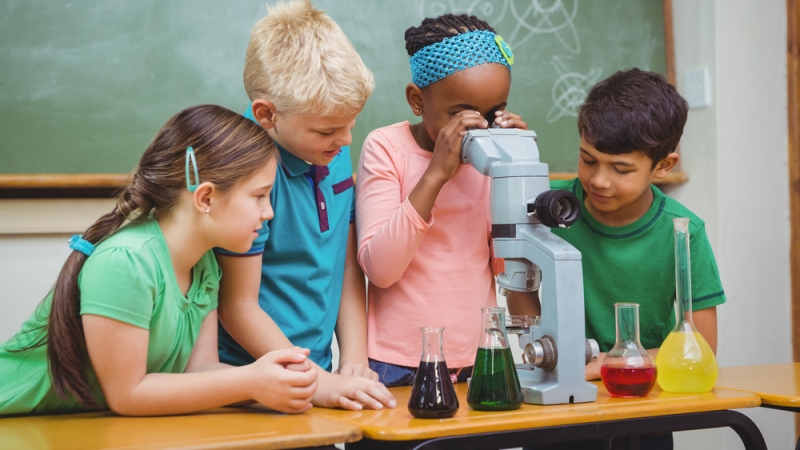 The assessment was administered from January to March 2015 and compared to the 2009 assessment results.

Fourth-grade students significantly increased their average score by four points, up from 2009. When assessing competency over challenging subject matter, students scored 38 percent at or above proficient in 2015, up from 34 percent in 2009. The number of students who scored below basic has also decreased. Overall, science scores increased in 18 states/jurisdictions, and decreased in only one state.

Eighth-grade students increased their average score from both 2011 and 2009. Thirty-four percent scored at or above proficient in 2015, higher than 30 percent in 2009. Average scores for female students were higher than their male counterparts in 2011. Overall, 24 states/jurisdictions had an increase in scores from 2009.

Twelfth-grade students had no score change from 2009–including their proficiency scores. However, a higher percentage reported taking courses in biology, chemistry, and physics since 8th grade compared to 2009. “The more science courses a student takes, the better he or she performs on NAEP,” said Peggy G. Carr, acting commissioner of the National Center for Education Statistics (NCES).

“It is quite worrisome there was no improvement of NAEP scores from 2009 to 2015 for high school seniors,” said Rosen. “Senior year is the launching pad to secondary learning…only 22 percent perform at or above proficient. That means only one in five seniors are ready for challenging work in science.”

“No wonder that employers are worried,” continued Rosen. “According to Change the Equation analysis, STEM jobs will grow by more than 2 million over the next decade…will there be enough future applicants to fill the openings? If not, what can we do to accelerate improvement?”

Rosen pointed to additional results from Change the Equation that revealed 81 percent of teens say science is interesting, but only 37 percent of students like their science classes a lot. Teens want more classes related to career (86 percent), job shadowing (83 percent), volunteering (82 percent), and career counseling (79 percent).

The National Assessment Governing Board and NCES announced the results at the Smithsonian’s National Air and Space Museum in Washington, D.C.