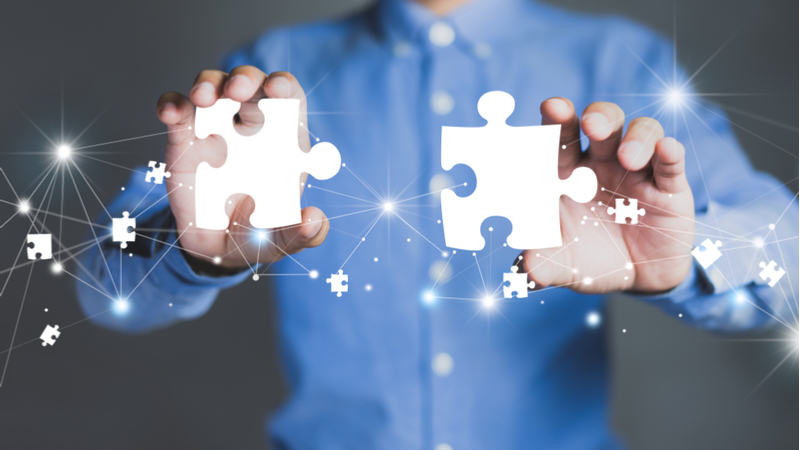 GAO consolidated its review of the agencies’ practices under five areas of FITARA’s provisions: CIO authority enhancements, portfolio review, software purchasing, enhanced transparency and improved risk management, and data center consolidation. The watchdog agencies also evaluated practices that were more overarching, rather than tied to a single provision of the law. 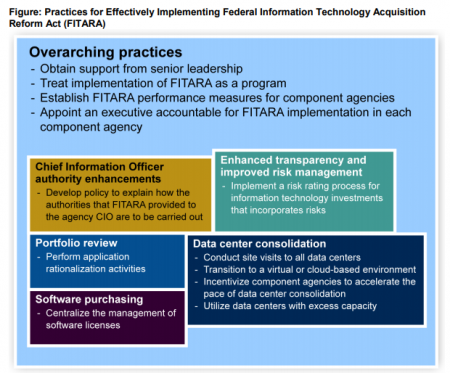 Of the 12 practices, GAO identified four as overarching – practices that weren’t unique to any one FITARA provisions, but that better positioned agencies to implement all of the law’s provisions:

Reflecting practices and feedback from the nine agencies, GAO found that FITARA implementation was more successful when senior officials highlighted the law’s importance during critical executive meetings and memorandums, and when agencies – such as Commerce – requested an executive FITARA sponsor. These and other provisions show that having program structure, leadership, and accountability are key pillars of effectively meeting FITARA standards.

The other eight practices agencies identified fit into the five specific FITARA provisions that GAO highlighted.

One practice flagged by GAO fit into this provision: developing policy to explain how authorities that FITARA provided to agency CIOs should be executed.

For instance, DoC officials said the agency established policy to ensure that major CIO-certified IT investments were adequately implementing incremental development, and DoC’s Office of the CIO (OCIO) said “the certification policies assisted them in overseeing the management of IT investments and ensuring the use of incremental development throughout the agency, as called for by FITARA.”

Under this provision, agencies said they practiced implementing a risk-rating process for IT investments that incorporates risks to better meet FITARA standards.

DoC OCIO, for example, created a process to review at least the top three risks for each investment and verified that those risks were specific to investment and were managed and mitigated. DHS also had a process that reviewed investment risks and ensured risks were current and properly mitigated. USDA took a similar approach and added criteria in its processes to include an evaluation of management and risk exposure, and scoring of risks.

“Application rationalization activities can include establishing a software application inventory, collecting information on each application, or evaluating an agency’s portfolio of IT investment to make decisions on applications (e.g. retire, replace, or eliminate),” GAO said.

This practice enabled GSA to consolidate licenses of one of its software products in FY2015, saving it $400,000, and avoiding over $3 million in future costs.  VA  saved about $65 million between 2017 and 2020 through software license consolidation.

When USDA and DoJ visited their data centers, both agencies told GAO the visits “allowed them to more thoroughly document the inventory of applications and IT hardware in each of the data centers and to validate progress made toward closing data centers,” pushing data center closures and consolidation efforts forward.