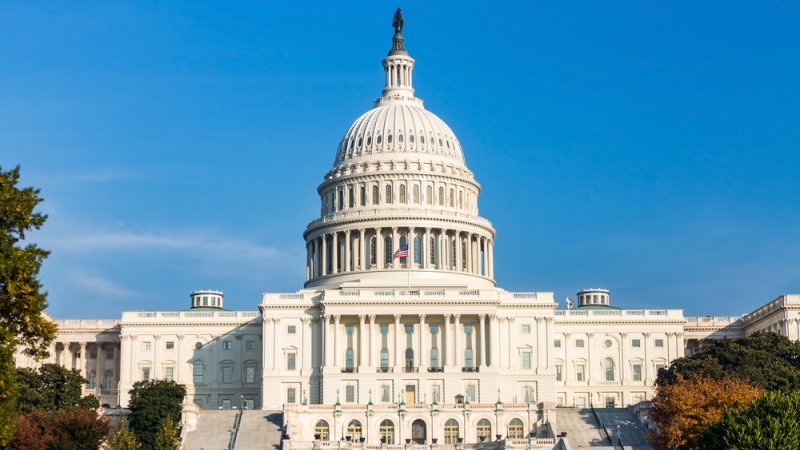 At Wednesday’s hearing on the FITARA (Federal Information Technology Acquisition Reform Act) 6.0 Scorecard, both the agency designated as a guiding light in government-wide IT innovation and the agency singled out for its obfuscation and claimed exemptions on many of the reform act’s initiatives were met with stern questioning from a joint subcommittee hearing of the House Oversight and Government Reform committee.

Representatives from the Department of Agriculture and the Department of Defense were called to testify during two separate panel sessions at the hearing. Neither agency fared particularly well on the most recent scorecard, and lawmakers were quick to address lapses that led to poor grades. Both agencies said that comprehensive overhaul plans were already underway aimed at improving their FITARA performance.

First up was USDA, which last year was designated the first “lighthouse agency” that would be working with the General Services Administration’s centers of excellence to pilot new IT initiatives and lead other agencies on the path to modernization.

While that designation has made USDA a darling for many government-backed IT reforms, it didn’t let the agency off the hook from questioning as to why it only earned a D- on Scorecard 6.0, down from a C- last November.

Subcommittee members called out USDA’s failure to have its CIO report to the agency head, its inability to demonstrate savings in its IT investment portfolio, and a lack of demonstrated savings and optimization metrics in its data center consolidation initiatives.

“I don’t think the current score is reflective of the progress we’ve made or the things we have in place to effectively manage our portfolio,” said USDA CIO Gary Washington, citing efforts to target savings across the department.

Washington noted that USDA has closed 2,100 data centers since Office of Management and Budget efforts to optimize and close data centers began, and said USDA will reduce that to just two enterprise data centers by the end of FY2019. He also said the department has trimmed the number of people with the title of CIO from 22 to one–himself alone.

Donald Bice, Deputy Assistant Secretary for Administration at USDA, said that Agriculture Secretary Sonny Perdue has made significant strides at restructuring the agency to support all modernization initiatives–not just in the IT realm. And he said Washington has helped enact many of those progress goals since stepping into the permanent CIO role in February.

Bice said agency structure has changed so that that the CIO reports directly to Secretary Perdue on all IT matters, and that complying with FITARA will simply require changing the organizational chart.

Washington said he has not yet had the chance to sit down with Perdue to go over his IT recommendations, but said, “I believe currently that the CIO has all the authorities and vehicles in place right now to continue down the modernization path.”

Next on the subcommittees’ agenda was taking the Department of Defense to task for its many misadventures in FITARA enforcement.

The Pentagon has been able to claim exemptions–both in declaring its overall IT spending, and to particular categories of the FITARA law–due to many DoD networks being designated as national security and classified systems.

“The facts are, of FITARA’s seven major sections, two fully apply to DoD, one doesn’t, and the other four partially do,” said Dave Powner, director of IT management issues at the General Accountability Office.

But that alone wasn’t enough to blunt criticism from subcommittee members.

“DoD is not that different,” said Rep. Greg Gianforte, R-Mont. “Being different is not an excuse for not following the rules.”

“On a bipartisan basis, we are concerned about DoD’s scoring,” said. Rep. Gerry Connolly, D-Va. “It’s the only agency to receive an overall grade of F. It’s the third scorecard in which you’ve received an F. You’ve had poor performance in almost every metric we’ve used.”

Seeming to take these considerations to heart, new DoD CIO Dana Deasy–just 13 days into his tenure– said that he’s paying attention to the criticism.

“If you had been in my conference room as I was preparing for this, going through the scorecard, to be perfectly frank, I said, ‘Team, putting aside the scorecard for a second, are these not fundamental things you need to do to be a great IT organization?’” Deasy said. “You need to understand your software, you should understand what you’re consolidating and how you’re getting transparency. The culture that I am looking to improve upon is to make sure we are doing these things for the right reasons, not just to fill out a scorecard. That will then drive the right behavior that will allow us to get to better outcomes.”

Deasy said the timeframe for that change couldn’t be determined yet, but that he’s set out on mapping the departmental areas with jurisdiction over the FITARA categories so that he can foster DoD alignment with the next iterations of the scorecard.

“We actually need to get better transparency inside the department,” Deasy said. “First question I asked was to break that scorecard down for me by parts of the DoD. I intend on doing that, because to answer specifically what needs to be fixed, I have to specifically know where the problems lie. That’s the deeper transparency I plan on putting in place.”

Lawmakers seemed placated by the response, but Gianforte asked Deasy whether that means he does not yet have full visibility into IT risks in the agency. Deasy shot down that notion, saying he understands risk levels and has “overwhelming support,” but that specific expertise into report card areas might be held by other agency officials.

And which officials hold that expertise? Perhaps the bevvy of other individuals still holding the title of CIO in DoD. Deasy couldn’t put a number on it, but a DoD aide at the hearing said the number of people within DoD that hold a CIO title is around 35 currently.