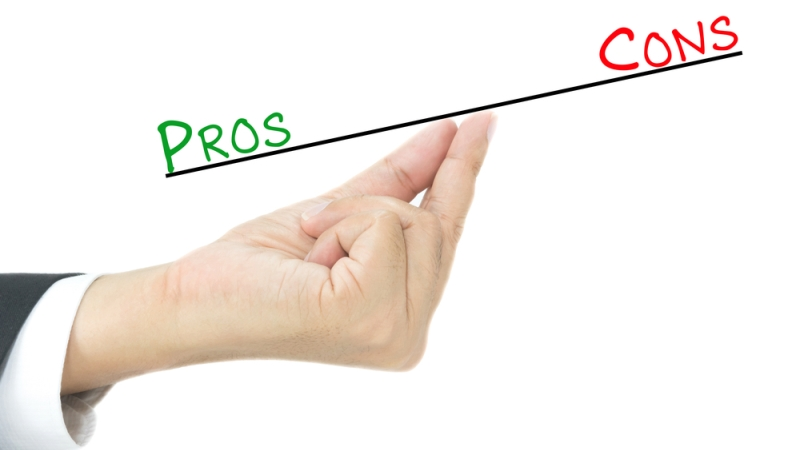 “We provide them with both the good and the bad,” deputy CIO of Policy and Planning at the Department of Agriculture Joyce Hunter said of convincing agency CIOs to embrace the Federal Data Center Consolidation Initiative (FDCCI). She spoke in a panel at the FITARA Forum on March 30.

Though that initiative is being replaced with the Office of Management and Budget’s Data Center Optimization Initiative (DCOI), the sentiment on persuading Federal agencies to adopt the newest data initiatives is still applicable.

The comment period on the draft DCOI memorandum closed April 1, and in that time the public has found both good and bad in the new initiative.

“The Federal government has historically, over the last 20-30-40 years, gotten really good at silos,” said the Bureau of Alcohol, Tobacco, Firearms, and Explosives chief of IT systems Walt Bigelow. He spoke March 30 at a FITARA event on government agencies’ tendency to keep their operations removed from each other.

Through the goal of closing data centers, parts of the DCOI are designed to encourage collaboration between agencies.

“Another one of the things that we really envisioned when we got started was having available to agencies a Web-based sharing and capacity sharing platform, so that they could, in sort of a shopping cart fashion, go online and find a data center near them or where they would like to locate, that has extra space,” said OMB policy adviser Michelle Bacon at the FITARA event.

To achieve this, OMB is teaming up with the Office of Government-wide Policy to set up a marketplace for data centers and data services.

At a panel on OMB’s FITARA strategy, Bacon described the traditional view of a person walking from server to server with a clipboard and collecting data as onerous and outdated.

“Ideally, we’d like to reduce the reporting burden on agencies and ensure the highest possible quality. And, in order to achieve that, the memo does set forth that agencies should install automated monitoring,” she said. This would free up both people and time, while ensuring that data was more accurately reported.

Some of those who commented on the memorandum, however, did request further clarification on whether this applies to both tiered and nontiered centers and how that implementation would work.

The DCOI memorandum states, “Rooms with at least one server, providing services (whether in a production, test, stage, development, or any other environment), are considered data centers. However, rooms containing only routing equipment, switches, security devices (such as firewalls), or other telecommunications components shall not be considered data centers.”

The rationale for this definition is that even individual server closets pose a security threat, and should be consolidated into more secure data centers or cloud services. However, some of the comments on the memorandum suggest that this definition narrowly constricts the varied uses that different agencies have for server closets.

These rooms, though technically in possession of a server, do not serve the kinds of purposes that would require a data center. A FITARA Forum  attendee also noted that the restrictions for opening new data centers, even those that are just server closets, could slow down agencies that respond to natural disasters and need to set up a temporary, on-site server.

“We put a freeze on agencies’ budgeting for the construction of new data centers or the significant expansion of existing data centers,” said OMB Policy Adviser Sean Casey. “Now obviously there are circumstances where that can be justified, if you’re consolidating multiple data centers into one. So we do have a waiver process, but that requires a written justification, because that should be a last resort.”

In addition, Bigelow, who spoke in a separate panel, noted that the DCOI definition may be “too aggressive.”

The DCOI memorandum states, “Agencies shall, by the end of fiscal year 2018, reduce governmentwide annual costs attributable to physical data centers by at least 25 percent, relative to the fiscal year 2016 IT Infrastructure Spending data submitted to the Federal IT Dashboard.”

Overall, this represents a positive ambition to reduce the cost of data within Federal agencies. However, as the previous commenter noted, “Considering the significant progress some agencies have already made since 2010, a blanket 25 percent reduction on top of current reductions seems very aggressive.”

This comment is verified by the fact that Dave Powner, who spoke at the FITARA Forum, stated that four agencies accounted for 81 percent of data centers closed and 84 percent of savings in the last FITARA review.

Though the DCOI sets ambitious goals for Federal agencies, OMB was vague about how they intend to enforce these goals.

“OMB has a quarterly data collection that it conducts amongst all of the agencies, and as part of that we collect data on all of their data centers. Through that, and through the portfolio-stat process, and through tech-stats, and I think also through the Office of Government-wide Policy in our partnership with them, we’re sort of hoping to push for that progress,” Bacon said in response to questions about enforcement. “It is a sort-of ambitious goal.”

Past experience has revealed the difficulty in convincing Federal CIOs to change over to new policies.

“FDCCI came out and at the time there was not Cloud First, there was no FedRAMP, and so that made it more difficult. The mandate in the USDA was that all data centers were shut down, noncore, and that they would move to the core data center. Well, that went over like a lead balloon,” associate CIO of data center operations at the Department of Agriculture Richard Coffee said in a separate panel. Since FDCCI was a less aggressive initiative, DCOI could face similar if not greater challenges of implementation.