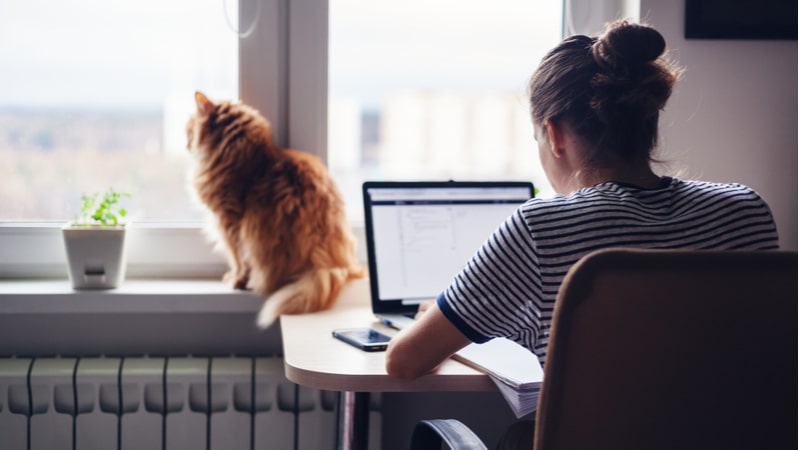 The CIOs of the Agriculture (USDA) and Transportation (DoT) Departments said today that workforce productivity trends have been stable or improved since both agencies turned to large-scale telework in March to combat spread of COVID-19.

Speaking during a webinar organized by ACT-IAC, USDA CIO Gary Washington said that telework has resulted in no decline in productivity among the agency’s workforce. “I can see that based on analytics” for network usage and collaboration tools, he said.

“We have absolutely seen an increase in productivity here,” said Ryan Cote, CIO at DoT, who also spoke during the webinar. He said that the increase might be due to a variety of factors including the elimination of commuting for most employees. “There is no question now that every employee at DoT is more engaged, and more productive than ever” even with increased workloads in some areas, he said. “The mission here has been executed at a higher level than ever.”

Asked about agency planning for workforce location once the coronavirus pandemic abates, Washington said, “we are preparing for a different kind of work environment, we will see what that is.” But, he added, USDA has already proven that most employees are able to work offsite. “I am very encouraged by our ability to support this new way of doing things,” Washington said.

The USDA CIO said the widely dispersed nature of the agency’s workforce has created “a little bit of a challenge” for remote work because “people in rural American may not have the connectivity that others have … But it’s been all hands on deck at USDA, and we are meeting this challenge.”

CIO Cote said things are “actually going very well” at DoT, and credited the agency’s move about two and a half years go to more shared services, and further IT modernization. Before the pandemic, DoT could support about 40 percent of its workforce with “robust” teleworking capabilities, but was able to quickly scale that capability higher by adding VPN capacity, among other steps.

“When this new reality hit us, we were fortunate that we have been going a long way” in the agency’s IT modernization journey, he said.

“The biggest surprise is just how fast the workforce has adapted” to remote work, Cote said.  Part of the effort to ease that transition has included increasing the capacity of service desk personnel to help DoT employees, and providing more training. “We went out and trained a whole bunch of folks, and made them subject matter experts,” Cote said.

Washington similarly credited USDA’s IT modernization efforts in recent years for the relatively easy transition to large-scale telework, saying that has put emphasis on agility, scalability, and security. “We have to prepare our workforce to think differently about how we delivery IT services,” he said. “Our IT modernization journey continues, there might be a different slant on it … it continues with a different awareness,” the CIO said.