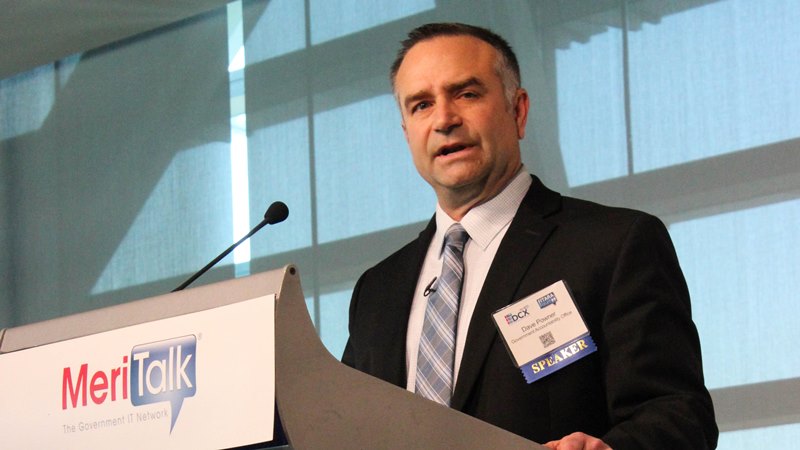 The Federal Information Technology Acquisition Reform Act (FITARA) has a long way to go to reach its full potential, but so do the Federal agencies that it covers, according to Dave Powner, Director of IT Issues at the Government Accountability Office.

“We cannot effectively implement FITARA unless we have a real discussion about what the issues are,” Powner said.

Speaking at the FITARA Forum on Wednesday in Washingon, D.C., sponsored by MeriTalk, he said the biggest problem seems to be a lack of capable CIOs at Federal agencies.

“We need stronger CIOs across the board,” Powner said, though, as of yet, there is no program within the Office of Personnel Management to ensure that future CIOs are up to par with FITARA needs. Even as some CIOs are embracing the challenges and newfound power brought by FITARA, others are floundering or jumping ship altogether. Though many current Federal CIOs are highly effective, some are still struggling to establish their power within their agencies.

“CIOs are being pressured to sign off on FITARA plans they don’t agree with,” Powner said. “Fixing the CIO authorities will take some time.”

He also noted that bureau CIOs are not cooperating with department agency CIOs.

“CFOs eat CIOs for lunch,” an audience member joked, addressing the concern that CFOs had in losing their power.

“The intent of the grades is this: We want to tie to major areas of the law,” Powner said. “I think it’s hard to argue that those four areas aren’t important.”

Some of the agencies did find reason to argue, however, as many complained that the grades themselves were bogus, because they were based on old data. Yet that old data came from the agencies’ lack of accuracy in reporting data.

“There are pockets of success,” Powner said, referencing the individual scores within agencies. “There’s always agencies that are doing a very good job.”

Indeed, in the issue of data centers, four agencies accounted for 81 percent of data centers closed and 84 percent of savings. Part of Powner’s plan is to use those successful agencies in a reward system that could increase agency grades based on major milestones they accomplished.

Even so, FITARA struggles to pull agencies into a pattern that will meet the act’s goals.

“I acknowledge that there are obstacles, but those obstacles can be overcome,” Powner said.

One of the major concerns is that any of the progress made with FITARA and Federal agencies will be thrown aside when a new administration takes power.

“We’ve heard some things with the election, the presidential election, and the change in administration and Congress. Will all this change and momentum die down through the transition? My message here is: I don’t think it’s going to die down,” Powner said.

He had confidence that, in the transition, teams throughout the government would ensure that FITARA momentum continues. And there are some definite advancements occurring on the FITARA front.

“CIOs are telling us they have much greater visibility into their IT budget,” Powner said.

He also applauded the bipartisan oversight that certain congressmen have worked on for FITARA and the potential that private industry could offer.

“We need to work together on this,” he emphasized.