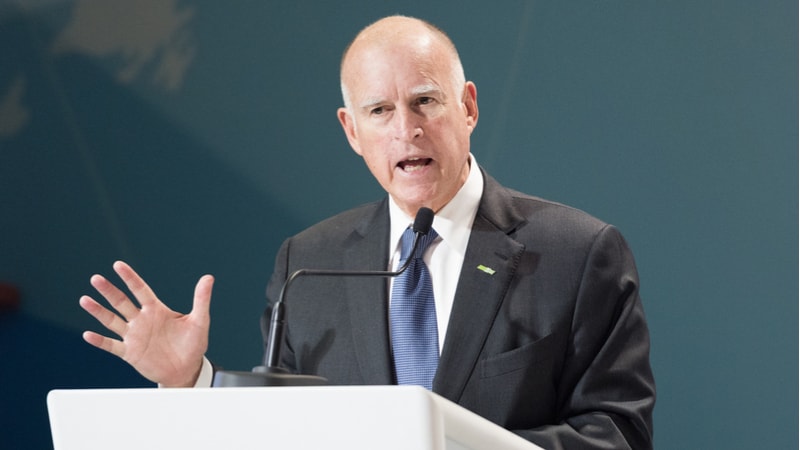 California’s state Senate pushed the Golden State one step closer to enacting the Obama-era Federal net neutrality laws that were gutted by the FCC earlier this year. On Friday the state Senate passed the controversial bill, called SB 822, in a vote of 27-12 that was largely along party lines.

The bill cleared the California state Assembly in a similar party-line vote earlier last week.  Gov. Jerry Brown, a Democrat, has until Sept. 30 to sign the bill. Brown hasn’t commented on whether he approves of the legislation.

The California bill would prohibit internet service providers (ISPs) from block or throttling lawful internet traffic. It would also nix the idea of pay-to-play, meaning that ISPs cannot charge websites or online services fees to prioritize their traffic to consumers. The legislation also imposes limits on data cap exemptions, and in case ISPs try to get around the new regulations, the legislation would ban ISPs from slowing down traffic at network interconnection points.

“Preserving a free and open internet is a matter of free speech; essential to the underpinning of our democracy,” said Sen. Kevin de León, D-Los Angeles, who co-authored the bill. “When Washington, D.C. abandons its obligation to protect American consumers from predatory special interests, California steps up to get the job done.”

Proponents of the bill are championing it as a protector of freedom of speech and consumer rights, while adversaries in the telecommunications field believe the law may grind innovation to a halt.

“This bill is not just important for consumer protection, it is fundamental to free speech so that people can receive and send the information they choose and connect with others without interference,” said Kevin Baker, legislative director for the ACLU of California.

Opponents of the legislation claim that their opposition to the bill doesn’t come from an opposition to net neutrality, but rather a concern that patchwork regulations could harm innovation.

“Broadband providers strongly support net neutrality, but SB 822 undercuts California’s long history as a vibrant catalyst for innovation and technology,” said Jonathan Spalter, the president and CEO of industry group USTelecom, in a statement. “The internet must be governed by a single, uniform and consistent national policy framework, not state-by-state piecemeal approaches.”

If SB 822 proves successful, supporters believe other states may follow suit and enact net neutrality legislation of their own.

“With the strongest net neutrality legislation in the country, California now leads the way in guaranteeing access to the internet for all,” said Tim Molina, political director of the California-based Courage Campaign. “Protecting access to the internet and the free flow of information online is critical to our democracy and this bill is an important first step to reinstating net neutrality across America.”