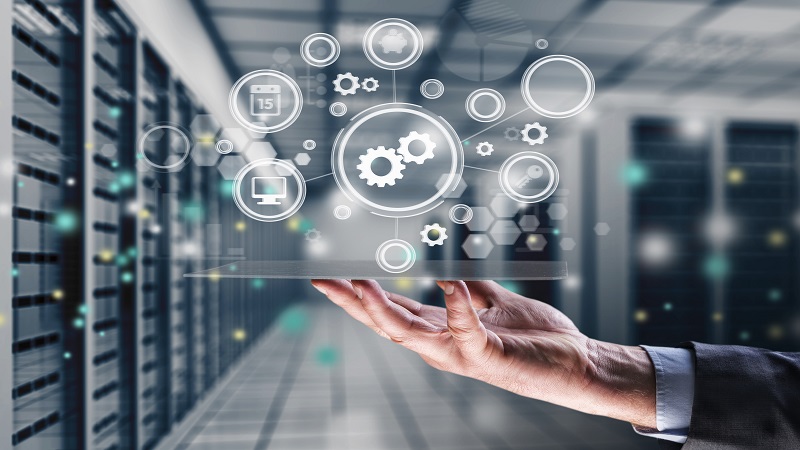 We sat down with Jeff Henry, president of ViON, in his office in Herndon, Va. The typical tech provider surroundings belied the epic changes at ViON, as it morphs from leading data center reseller to delivering government IT modernization as a service.

How did you get into this business?

“When I left Ohio State, I had three job offers,” said Henry. “The best paid of the three was with Carnation Milk–the worst with National Cash Register in the data processing business.” A basketball fanatic who still plays competitive hoops today, Henry decided to shoot the three pointer with NCR–and has never looked back or cried over the spilled milk. “I’ve been drafted on some of the all-star computing teams since making my debut with NCR–working at Tandem, Compaq, Digital, HP, Unisys, and then Hitachi, before joining ViON three years ago,” said Henry.

What are ViON’s strategic priorities in the public sector?

“We’re focused on supporting our customers–that will never change. However, the market and customers’ requirements are changing–and we need to pivot our offerings to anticipate and satisfy customer demands. We built our business on a traditional reseller model. In light of the Cloud First mandate, FITARA, MGT, and now the latest White House IT Executive Order, agencies are looking for greater flexibility, and the ability to modernize their infrastructure. This means cloud migration, and the need to shift from CapEx to OpEx operating models.”

“We built the ViON Cloud Marketplace to respond to these changing needs,” said Henry. “Here’s the irony and the opportunity. Everybody wants the freedom of the cloud experience, but very few people want to pay the premium and lose the control associated with jumping to the public cloud. Our Cloud Marketplace as-a-Service offering shoots the gap between agencies’ desire for flexibility and their requirement for control and economy. ViON buys the infrastructure–and puts it on site at the agency. That’s compute, storage, networking gear, the whole enchilada–from rack mounts to mainframes. The agencies get to access the capacity they need through an as-a-service model–an OpEx model.”

What do you view as ViON’s key differentiators and most significant capabilities/contributions?

“It’s really all about our cloud marketplace,” Henry explained. “We’re the AWS for agencies for the private cloud. Yes, we have a catalogue. Yes, we offer managed services. Yes, we sign up to SLAs. It’s the cloud experience without the aggravation, disruption, and expense. We’re the easy button for agency IT modernization.”

“For the customer, our offering has a lot of mores and a lot of lesses. It’s more flexible and secure. It’s less expensive, complex, and there is less commitment. We also provide an important get-out-of-jail-free card for agencies trying to move to the cloud, while juggling mission-critical legacy applications. We allow agencies to re-platform their tried-and-true applications into the cloud world.”

What are the biggest opportunities and challenges in Federal IT?

“The drive to realize new efficiencies in the President’s Management Agenda paves the way for massive change in Federal IT,” said Henry. “The push to modernize agencies’ infrastructure and embrace a shared-service model will pay massive dividends. And, it seems the stars are really aligned–the new White House IT EO maps directly to FITARA, which should put the CIOs in the driver’s seat. MGT provides important funding freedoms to empower CIOs to make a difference in modernizing their aging infrastructure.”

“While MGT’s $100 million central fund is a great proof of concept, it’s really just a start,” he explained. “The big win in MGT is allowing agencies to set up their own internal revolving capital funds–to reprogram one-year money as three-year money. This allows agency CIOs to make strategic investments in modernizing their infrastructure–and agencies can transition from buying technology to using a pay-by-the-drink model. This approach provides the flexibility to modernize and break with the past.”

What should Federal IT leaders prioritize as they work to meet the new DCOI 2020 deadline?

“Data center management best practices start with audit—but that’s not just about counting data centers and even electricity bills,” he explained. “It’s also about understanding your application portfolio–and weighing which legacy applications you still need. It’s about application rationalization, and that’s a great opportunity to embrace shared services models across your agency–and among agencies. If you can rationalize applications and move to share services you can really unlock huge savings.”

“As DCOI moves into the next phase, there’s clearly a strong mapping between this initiative, Cloud First, and the priorities identified in the new White House IT EO,” said Henry. “DCOI promises massive savings–data centers are the engine room for Federal IT and they are the first place to look for modernization savings.”

Why is Data Center as-a-Service growing in popularity? Do you believe these types of “pay-as-you-go” models are becoming the new norm?

“As we look to modernize our infrastructure, rebuilding a new data center infrastructure in the traditional CapEx model simply will not fly,” said Henry. “It’s prohibitively expensive, it forces agencies to commit to a generation of technology when the state of the art is changing every day–which means the new infrastructure quickly becomes obsolete. Further, it flies in the face of all prevailing direction from the Hill and OMB.”

“Just drilling down on storage, too many agencies pay for stranded storage that they don’t use. They also pay an annual maintenance bill on hardware and software they never actually utilize. As new technologies–such as IoT, AI, and 5G–come on line, agencies need dynamic data center infrastructure that allows them to get to new capabilities and keep pace with the velocity of change. As-a-service infrastructure is the new normal in the private sector and it’s beginning to catch on across government.”

What would you do, if you weren’t doing what you’re doing today?