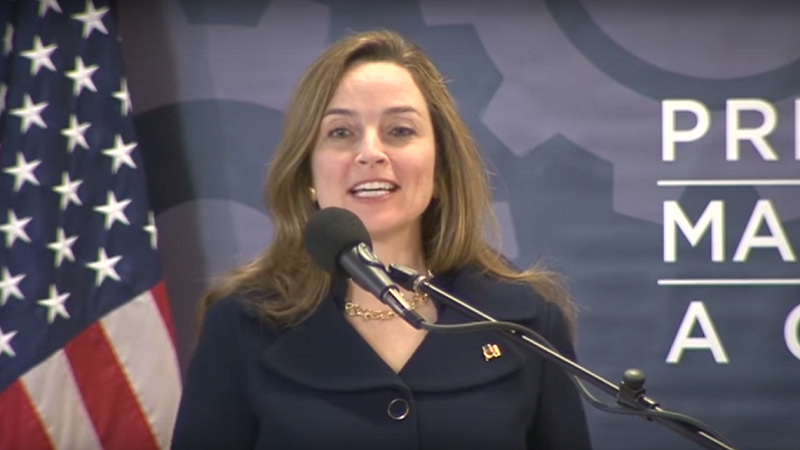 The Trump administration will propose legislation by Friday to move the Office of Personnel Management (OPM) under the General Services Administration (GSA) due to a severe need for structural changes and IT modernization, Acting OPM Director Margaret Weichert told reporters on Tuesday, May 14.

The need for the OPM reorganization is driven by four key areas, according to Weichert: technological challenges; a financial shortfall driven by the transfer of the National Background Investigations Bureau (NBIB) to the Department of Defense; operational challenges; and an inability to take a true, whole-of-government approach to Federal workforce issues.

Weichert made the case for changes at OPM with a strong sense of urgency in her proposal, emphasizing the role of outdated tech in the need for reorganization.

“Given where we are today, we’re at a point of real sustainability questions going forward, and without the contributions from NBIB to retiring that technology debt, it really is critical that we seek a new path forward,” she said.

Throughout the roundtable session, Weichert highlighted the Office of Federal Procurement Policy (OFPP) as a model of what a reorganized OPM would look like under GSA.

“A lot of innovation and strategy activity happens in OFPP’s office in [the Office of Management and Budget], and then works seamlessly with GSA around implementation. That’s how I would envision this working over time, and I think when you see the legislative language, it’s going to look very similar to how OFPP is structured,” she said.

Expanding on the agency’s IT challenges, Weichert noted that decades-old IT systems are holding back OPM’s mission.

“One question I’ve been asked is, ‘Well why don’t we just put more money into technology?’ The challenge that we have is the way that IT has been structured at OPM. Only about $100 million of the $450 million of the annual IT spend is under the control of the CIO. Most of the spend is represented in contracts that are directly leveraged by the program offices, which is very hard to manage in an integrated fashion,” she said.

With NBIB’s move to DoD, OPM will see a funding shortfall of $70 million in its revolving fund, digging the hole for technical debt even deeper. According to OPM’s estimates, the agency could save between $11 million and $37 million by moving to GSA and adopting their best practices, as well as replacing some contracts with GSA’s in-house services.

“At the end of the day, all of [our] programs still come to this bottleneck in IT that cannot handle new volume. If we do not reengineer and rearchitect a solution that has grown up and is siloed through programmatic direct expenditures, we cannot keep it secure,” she said.

“Fundamentally, this is not a place where we can buy our way out. We have to structurally change, and look at an entirely new architecture for the future,” she said.

Weichert made it clear that the issues with OPM are structural and technological, but not related to personnel, who she called “fundamentally dedicated to the mission.”

“OPM’s workforce already knows they don’t have the modern tools they’d like to serve Federal employees,” she added.

Weichert also painted the picture of what a reorganized OPM could do with more capacity under GSA, such as expand its mission beyond Title 5 employees – the current focus of OPM’s mission.

“The mission around what OPM is doing today is not going away. Over time, it may expand further under the new organizational construct, but frankly today, OPM can’t take on anything else, because we have operational backlogs, IT challenges – real challenges doing what we’re tasked with today.”

OPM’s reorganization will likely face an uphill battle in Congress, especially in front of the House Oversight and Reform Committee’s Subcommittee on Government Operations. Subcommittee Chairman Rep. Gerry Connolly, D-Va., has expressed his cynicism, calling the plan a move to “dismantle” OPM.

Weichert offered her view that the move would empower OPM’s mission instead of harming it.

“I fundamentally believe that if we focus on the mission and we elevate the mission, people will understand that’s what we’re trying to do, and that is the imperative that’s driving all of this,” she said.

If Congress decides not to authorize the move, OPM will look to existing authorities to remedy its problems. Weichert shared the potential for interagency agreements, like hiring GSA’s Technology and Transformation Services, delegating some of OPM’s authorities, and joint ventures with other agencies to handle some of the tasks.

With Weichert set to testify in front of Connolly’s subcommittee next week, the battle over whether to reorganize OPM is far from over.