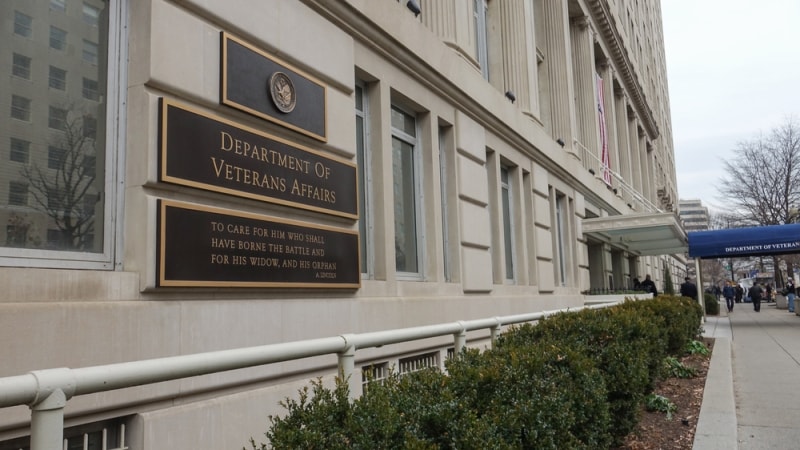 The U.S. Department of Veterans Affairs’ (VA) technology budget is vast. At just over $4 billion, it exceeds most Federal agencies’ technology budgets, and in some cases, dwarfs entire operational budgets.

By headcount, the VA is also one of the largest agencies, second only to the Department of Defense. Given its massive budget and the importance of its mission, financial accountability was a top priority when the VA began thinking about technology modernization.

“One of the biggest issues was transparency of the IT spend,” says Rick Chandler, former CFO for the VA’s Office of Information and Technology and current Deputy Under Secretary for Management at the National Cemetery Administration. “Where is the money going and who are the customers that it’s serving? We were spending $2.5 billion just on operations and maintenance of legacy systems. Could we better apply that money to modernizing?”

Under the leadership of previous VA Secretary David Shulkin, the agency outlined a plan to modernize a number of critical services, including its appeals system and health records system. In order to modernize, though, the VA first needed a detailed understanding of its technology spending–they wanted to know what was spent, where it was spent, and whether it delivered a return.

In a decades-old financial system, the process of scrubbing, cleaning, and organizing data has been labor-intensive. To better understand its data assets, the VA tapped Grant Thornton, a consultancy that it was already working with, to help it comb through its data–line item by line item–to see exactly where and how the money flowed.

“The problem we have–and almost every Federal agency has–is that our legacy financial systems were not built to answer the questions people regularly ask these days. We don’t have that level of detail in those systems,” says Chandler.

In 2016, VA decided to adopt a Technology Business Management (TBM) framework, using a tool called Apptio to drill down on spending. The end goal: VA would be able analyze its spending on all aspects of its business, including HR, tech support, and finance.

Grant Thornton already had experience with the TBM framework, which was helpful when the VA decided to take that path. Ultimately, TBM, which is championed by the U.S. Office of Management and Budget (OMB), is expected to make it easier to compare spending among agencies, particularly as more organizations adopt the framework.

“It helps break down costs in a logical way,” says Chandler. “We wanted to get to a point where we could ask, ‘Are we getting mission value on what we spend on IT?’ You can break down IT spending by items in your ledger–payroll, service contracts, maintenance, and you try to map that money to IT Towers, which are the basic, fundamental building blocks of IT. So, if you have 100TB storage, what does that cost from a payroll or helpdesk standpoint? If we see that we’re spending $6 to resolve each help desk ticket and we find other vendors will do it for $2 per ticket, we can make an informed decision.”

Chandler notes that even if the same data is collected among many agencies, since it isn’t standardized, it can’t be easily compared.

“After you’ve standardized, you can start comparing your cost to other people’s cost,” says Chandler. “I can figure out that if a petabyte costs $1 billion per year, is that good or bad? Right now, every agency should be able to say how much they spend on email, but without a standardized benchmark on what should be included in the total cost of email, you don’t get apples to apples–you get apples, bananas and a Toyota pickup truck.”

One unexpected benefit of the modernization effort: The VA has opened itself up to commercial products that weren’t built in-house or custom-built specifically for the VA.

“We have customers–all of whom are Veterans. We need a comprehensive tool to manage our relationship with our veterans. It’s not fundamentally different from the interaction General Motors might have with its customers,” says Chandler. “More and more tools that people are building in the cloud are business-agnostic. You can use a CRM [customer relationship management] tool to manage any relationship.”

One of the services the VA provides for its “customers” (i.e. veterans) is burials. It’s not a simple or straightforward task. The tool the VA has used for years–Burial Operation Support System [BOSS]–helps track what cemetery plots are available, determines eligibility, which service members have died, whether their spouses are expected to be interned in adjacent slots, and so on.

Chandler says that when the VA thought about replacing the BOSS system, it considered cloud-based services that could be customized for the VA’s purposes.

“We don’t need to build a new cemetery system,” Chandler says. “We used to have a mindset of ‘Build first because nobody does what we do.’ But it’s been helpful to have leadership at the top of the agency supporting what IT has been trying to do for years. Now we can say, ‘Look, everybody runs email. Why would we write our own email software?’”

Walking the talk, the VA has moved basic office applications to the cloud, via Office 365 ProPlus, which includes a slew of programs such as Microsoft Word, Excel, and PowerPoint. The agency has moved upwards of 240,000 mailboxes to the cloud, which gives users larger mailboxes, the ability to send and receive larger attachments, and a more secure system.

The Future Is Transparent

Although the VA has a few more months of work before it hits the “on” switch for the TBM framework, the end-goal–getting detailed analyses of how every IT dollar is spent and the effectiveness of each dollar–is finally within its reach.

“One of our challenges has been the enormity of information that we have. It’s not that our problems are any different from the Department of Justice or any other agency, it’s just the scale. Once we’ve linked it to the framework, it will be much easier to move forward,” Chandler says.

The transition may also help the VA stay ahead of Federal financial reporting requirements. While the TBM framework has been highlighted as one the Trump administration’s cross-agency priority goals, many have speculated that a Federal Mandate for all agencies to implement TBM could be on the way.

“The thing about it,” says Chandler, “is it works.”