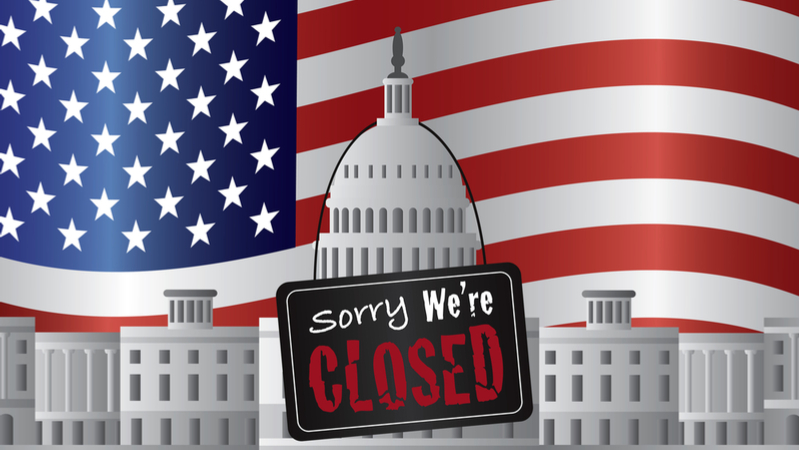 President Trump said today that he was getting closer to calling a national emergency in order to get a wall built on the southern U.S. border, while at the same time the Democratic-led House continued to pass separate spending bills that would re-open Federal agencies, but which have little chance of passing in the GOP-led Senate.

The president said that it would be “surprising to me” if he did not call a national emergency as he made his way to McAllen, Texas where he planned to campaign for the wall’s construction.

“If this doesn’t work out, probably will do it. I would almost say definitely,” Trump said.

Negotiations over including $5.7 billion in spending for wall construction and border security as a condition to ending the partial shutdown have been stalled over the past couple of days.  House Speaker Nancy Pelosi, D-Calif., and Senate Minority Leader Chuck Schumer, D-N.Y., have said that they will not meet the President’s demands, and negotiations have derailed after Trump walked out of a meeting with the Democratic leaders yesterday.

Meanwhile, on Thursday, the House passed a spending measure to provide appropriations for the Departments of Transportation and Housing and Urban Development. The measure is likely to meet the same fate as the spending measure passed by the House yesterday that would provide funding for the Treasury Department and Internal Revenue Service. Senate Majority Leader Mitch McConnell, R-Ky., blocked that bill from a vote and remains unified with Trump.

“We’re sticking with the President on this,” McConnell told reporters.

The partial government shutdown appears to be heading towards its twentieth day and ever closer to a record for longest shutdown which was 21 days under President Bill Clinton in 1995.