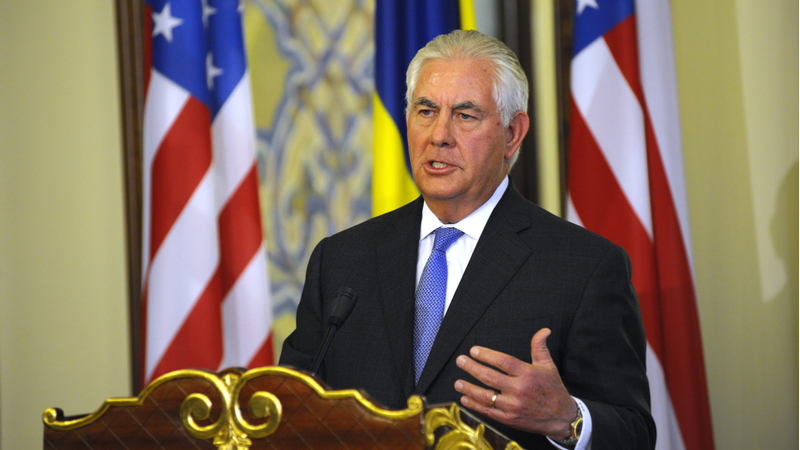 Secretary of State Rex Tillerson spoke frankly about the need IT modernization in the State Department last week, both referencing his personal experiences with the department’s servers and tying it into a larger need for reorganization in the department, but failing to lay out any concrete plan for the changes.

The remarks came as part of a question and answer section after a speech on U.S.-European relations. One of the audience questions was a query on plans to redesign the State Department after its budget was cut from $54.9 billion to $37.6 billion, and Tillerson brought up the state of the department’s IT system as an example of that redesign.

While addressing the redesign Tillerson mentioned, “some of it is tools and enablement,” bringing up as an example of those tools the fact that “we have a really antiquated IT system.”

He then moved into a bit of personal anecdote about speaking with the employees in charge of the State Department’s IT, saying: “I was shocked when I went down to spend an afternoon with the [Administration] Bureau, and I said, ‘What’s the one thing I could do?’ And they said, ‘Get us into the cloud.’ And I looked at them. I said, ‘What do you mean? We’re not in the cloud?’ And they said, ‘No, no. We’re still on all these servers.’”

The question he posed to the Administration employees was one that he proposed to others as well, as part of a larger effort to increase effectiveness by first surveying the State Department with the help of an outside consulting group.

Tillerson also recognized that working from servers rather than the cloud “made it very cumbersome for people.” And by “people” Tillerson didn’t just mean junior employees. He said, “when I started using my own computer I started realizing just how cumbersome it was.”

As part of his answer Tillerson acknowledged that apart from being inefficient, having the State Department’s IT system on multiple servers was also “a big cyber risk.”

The tech modernization process seemed to be at the forefront of the Secretary’s mind, as it was the first example he gave. However, he also did not lay out a plan for how or when the department would carry out the effort to modernize, perhaps due to the informal nature of his remarks.

The internal comments aren’t the only indication that the State Department should move toward modernization. On the most recent FITARA scorecard the agency earned a C- overall, although it scored exceptionally well on its agency CIO authority enhancements (how well the CIO reports and follows suggestions for budget shifts) and on its transparency and risk management, earning A’s in both areas.

The task of modernizing the current technology system will fall on the current principal deputy CIO, Robert Adams, as the current CIO, Frontis Wiggins, plans to step down at the end of this week.