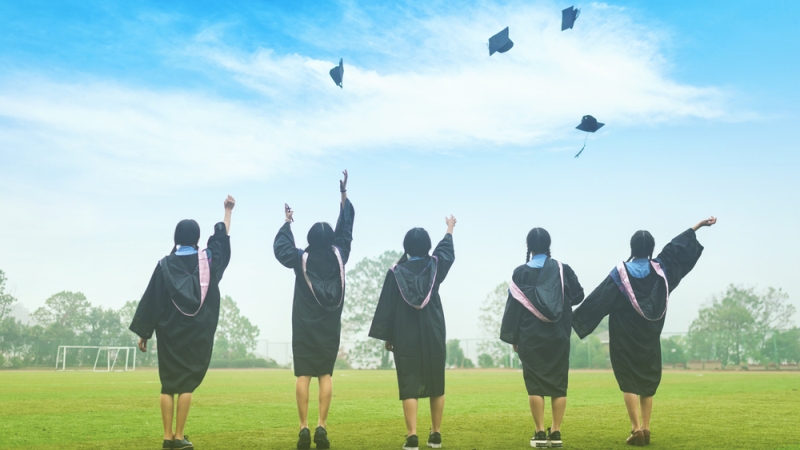 IBM suggested a new model of education, which includes six years of high school, in a letter to President-elect Donald Trump from Nov. 15.

IBM’s school in New York City, Pathways in Technology Early College High School (PTECH), combines a high school and college program, which ensures that each student receives an associate’s degree within six years. Students earn a high school degree and an associate’s degree in applied science (AAS) from New York City College of Technology. Ginni Rometty, chief executive officer of IBM, said that there will soon be 100 schools that follow this method across the country.

“With your support, we could do much more,” Rometty said in her letter to Trump. “Let’s work together to scale up this approach of vocational training, creating a national corps of skilled workers trained to take the ‘new collar’ IT jobs that are in demand here in America.”

Students at PTECH complete an internship with IBM or one of its partners during their third year of high school. After their third year, they’re eligible to take at least one college course. IBM said that it gives PTECH graduates first priority for its entry-level jobs.

IBM published a report on how educators could build similar schools, which said that 59 percent of the American workforce has at least some college education compared to 28 percent 40 years ago. Each community college dropout costs New York City more than $17,000 each year. PTECH was able to increase the rate of community college graduation by 10 percent.

PTECH is 67 percent male and 33 percent female. The students who were accepted to the school had to show interest by attending a school fair or parent meeting. They weren’t screened or tested prior to admission.

Trump has shown interest in exploring nontraditional means of K-12 education by appointing Betsy DeVos to education secretary. DeVos has advocated for shifting money away from public schools in favor of private and parochial schools, and expanding publicly funded charter schools. IBM offers a solution that would build the workforce for the information technology community.

Oracle, another technology company, announced in October that it plans to build Design Tech High School (d.tech) on its Redwood Shores campus to be completed by fall 2017. Oracle volunteers plan to work with students on STEM projects. Since 2014, Oracle has been donating $2.5 billion annually for software, curriculum materials, and faculty training for its school.

Technology leaders including Rometty and Larry Ellison, co-founder of Oracle, have recognized the opportunity to cultivate their workforces by sponsoring their own schools and affecting how the United States views education.

“Our support of d.tech reflects Larry [Ellison’s] vision for a unique high school founded on principles we believe in: innovation, creativity, problem-solving and design-thinking,” said Safra Catz, CEO of Oracle. “We couldn’t be more excited to build this school on our campus and to see the positive impact it will undoubtedly have on the students, teachers, Oracle employees and the Bay Area community.”