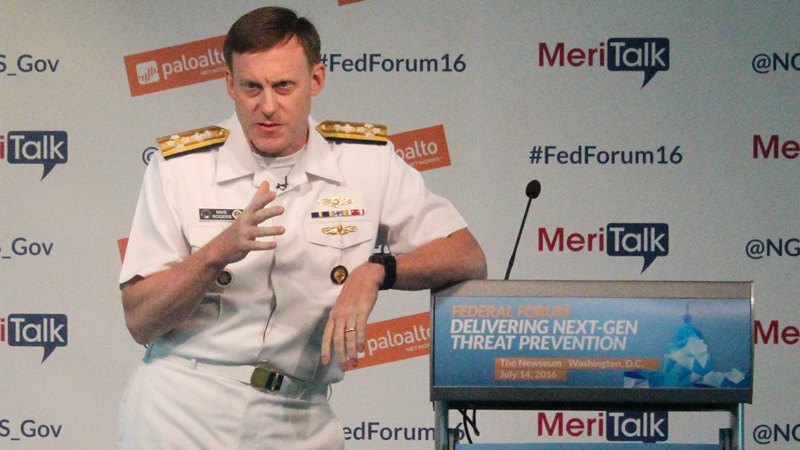 The National Security Agency is working on possibly developing software to respond to digital acts of war, NSA Director Adm. Michael S. Rogers said this week at MeriTalk’s Federal Forum in Washington, D.C. That software could help the United States respond to cyber incidents to turn the situation in its favor.

Rogers said the Federal government needs to have software that can quickly respond to a scenario, so officials don’t waste time trying to figure out their next move.

“I think that’s one of the biggest things we’ve got to work on,” he said.

The NSA is still working up to this goal; however, Rogers said he has always felt that NSA has the intellectual framework to assess every situation.

Rogers also believes that cyber incident responses should be automated. His military experience makes him want to manipulate cyber incidents so that the situation could be turned around and used in the NSA’s favor, just like in a physical battle when the military uses the enemy’s position and advantages against it.

This comes after the House Oversight Committee hearing Wednesday, which concluded there is no straightforward way to categorize cyberattacks as digital acts of war.

“When determining whether a cyber incident constitutes an armed attack, the U.S. government considers a broad range of factors, including the nature and extent of injury or death to persons and the destruction of or damage to property,” said Aaron Hughes, deputy assistant secretary for cyber policy at the U.S. Department of Defense.

Rogers also said the government and the private sector must work together more than ever to fend off digital enemies.

“Cybersecurity is more than the cyber workforce,” he said.

Rogers doesn’t expect private companies to be able to fight foreign adversaries in the digital sphere on their own, which is why the government and industry must integrate in this area. Rogers seeks to highlight the diversity of digital problems by combining the expertise of technology, privacy, and private sectors.

“We’ve got to stop looking for a quest for perfection,” Rogers said.