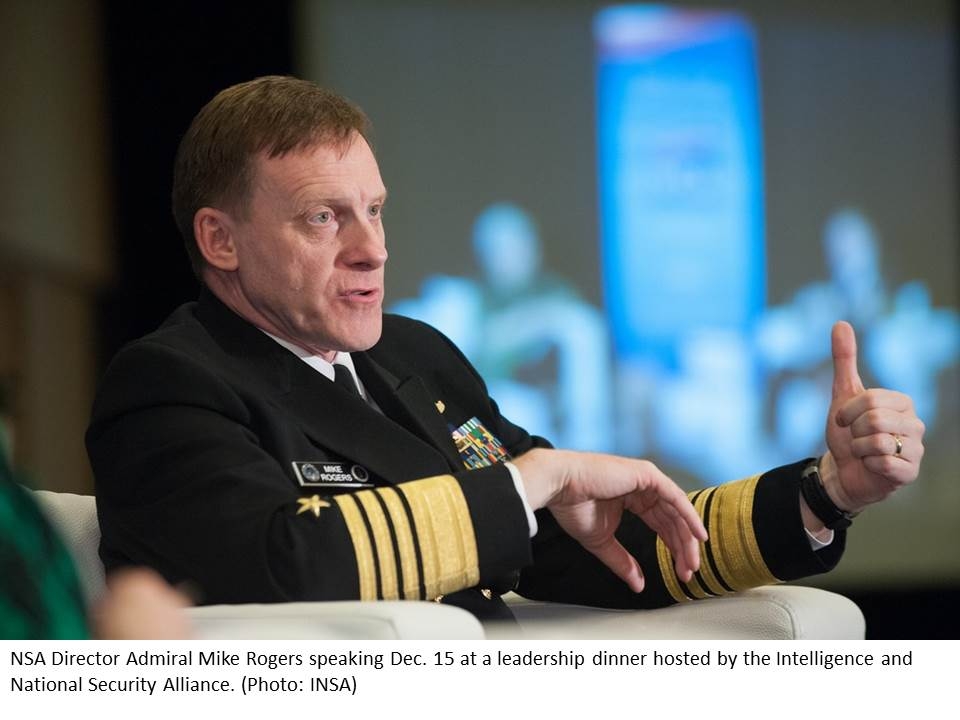 NSA Director Adm. Mike Rogers announced last week that the once super-secret intelligence agency is in the midst of a major reorganization, dubbed NSA 21, that will begin to redefine the National Security Agency’s overall structure and how it approaches workforce development, collaboration, and innovation.

Rogers, who spoke Dec. 15 at an event hosted by the Intelligence and National Security Alliance, characterized NSA 21 as “among the most comprehensive set of changes NSA has undergone probably since the late 1990s.” The reorganization, according to Rogers, will touch every aspect of NSA, from how “we develop our workforce, how we develop collaboration and integration, how we innovate, [and] what’s the organizational structure we need to inculcate those things.”

Whether or not that’s true remains to be seen. That said, it all sounds very familiar.

I was part of the reporting team that broke the news of the last major NSA reorganization effort referred to by Rogers. It was December 1999 and the document that led to that story arrived in an unmarked brown envelope addressed to me and Bob Brewin, my colleague at the time at Federal Computer Week. The envelope contained a scathing internal assessment of the NSA by what was at that time known as the New Enterprise Team, a group of 19 midlevel agency managers described by then-NSA Director Air Force Lt. Gen. Michael Hayden as “responsible anarchists.”

The New Enterprise Team report had concluded that NSA had been in a leadership crisis for the better part of a decade—a leadership crisis that had led to a string of notable intelligence failures, including the inability to warn of the attacks on American embassies in Africa and the failure to track down Osama bin Laden. The NSA “has failed to begin the organizational transformation necessary for success in the Information Age,” the report stated. NSA requires “profound change [or] the nation will lose a powerful weapon in its arsenal.”

Hayden, who had only been in the NSA director position for eight months when the report surfaced, responded by ordering his “100 Days of Change” initiative. Because we had received an unredacted copy of the report, which contained sensitive organizational details, Hayden granted us an exclusive interview in return for not publishing the sensitive information. In hindsight, it is clear that the NETeam initiative led to the unprecedented global electronic surveillance capabilities that became the controversial centerpiece of the post-9/11 war on terrorism.

The social media revolution was still five years in the future when NSA was contemplating how it needed to change to deal with the overwhelming amount of electronic data that was flooding into its systems. The effort to reinvent NSA technology at the time was known as NSA II. “The magnitude of the change we are proposing is tantamount to rebuilding an aircraft while it is in flight and loaded with passengers,” the NETeam report stated. Beyond NSA II, agency officials envisioned an “NSA After Next,” which they described as a long-term vision for tackling “wicked problems” and creating an NSA that “operates and thrives in the net.”

Even as early as the New Enterprise Team report in 1999, however, systems development at NSA was deemed “out of control,” and the agency lacked a single enterprise network capable of aligning budgets, missions, and personnel. The agency’s reputation had suffered among its senior government customers, who at times felt like NSA valued its electronic tradecraft more than it did producing actionable intelligence. There were also massive concerns about the volume of data that was being collected with little or no way for decision-makers to access it in a timely fashion.

It’s nearly impossible to detect significant differences in the language of the Rogers reorganization and that initiated by Hayden 16 years earlier. Rogers could have read directly from the 1999 NETeam report during his INSA keynote speech and nobody would have noticed.

In a telephone interview Monday, Hayden said although the Rogers plan shows strong consistency with what he began in 1999, new pressures and challenges are constantly emerging that make some form of restructuring necessary.

So what is different about Rogers’ plan?

“My reorganization was pretty fundamental,” Hayden said. “The added ingredient here is trying to harmonize NSA with Cyber Command, which I did not have to do.”

The second challenge for Rogers is “building a culture that is more willing to go to outside the agency for modern technology,” said Hayden. “And third, any such reorganization gives the director a chance to collect and test new leadership.”

But the Rogers reorganization also coincides with an unusual dose of short-term budget stability. And that was very important to the NSA in the days immediately following the Sept. 11, 2001, terrorist attacks, according to Hayden. “A couple of days after 9/11, I convened the leadership team and I said we have to do everything different. And the answer was ‘change nothing and accelerate everything.’ We needed to get money and guess what? We got money,” he said.

So, yes, the Rogers plan to reinvent NSA sounds a lot like the one started by Hayden 16 years ago. But that isn’t necessarily a bad thing. “These goals are so important and so difficult to achieve that I am not surprised that from time to time we have to rededicate ourselves to them,” Hayden said.