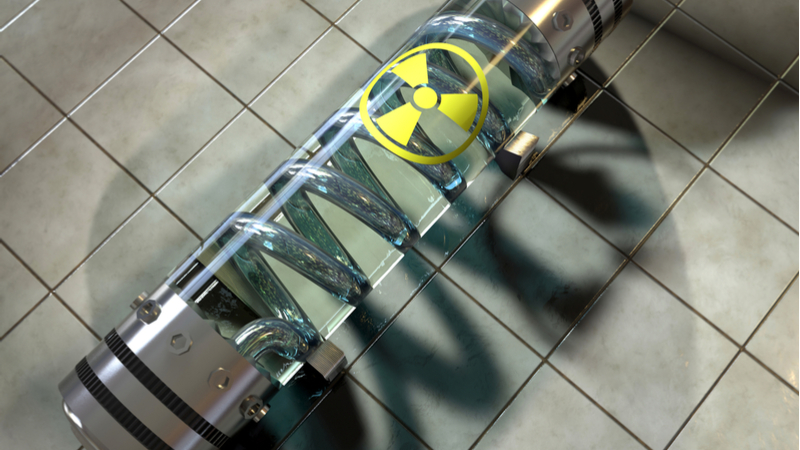 North Korea’s persistent efforts on nuclear weapons development and some loose talk about red buttons have raised new fears internationally about the possibilities of nuclear conflict. At home, government agencies also are addressing the questions about what to do in the case of a nuclear detonation. The Centers for Disease Control and Prevention (CDC), for example, will hold one of its Public Health Grand Round teaching sessions Jan. 16 on how medical professionals should respond–and although the event has been planned for months, its timing suddenly seems to be on the mark.

But while the (admittedly remote) possibility of a full-fledged nuclear conflagration is getting the immediate attention, public safety organizations also are concerned about the smaller, but still disastrous, amounts of radiation that could result from other attacks, such as those from a dirty bomb. The Department of Homeland Security (DHS), for one, is setting up a new office–Countering Weapons of Mass Destruction–that will concentrate its efforts to combat what DHS officials say is a real threat.

“We have credible evidence of an increase in terrorists wanting to use chemical, biological, radiological, and nuclear weapons against us,” James McDonnell, DHS assistant secretary for countering weapons of mass destruction (WMD) and director of the department’s Domestic Nuclear Detection Office, told a congressional hearing last month. “Certain WMDs, once thought impossible for non-state actors to acquire, are now getting into the hands of those who would seek to use them against us.”

The fallout from a dirty bomb or similar weapon can be hard to predict, since it depends on factors such as the type of weapon, its size, the type of radioactive material used and the weather locally, the U.S. Nuclear Regulatory Commission (NRC) notes in its dirty bomb fact sheet. So identifying the contamination is important. “Prompt detection of the type of radioactive material used will greatly assist local authorities in advising the community on protective measures,” the NRC states.

Mobile, low-cost radiation detectors could help in the response, which is the goal of the Defense Advanced Research Projects Agency’s (DARPA) SIGMA program, which has tested a radiation-monitoring network that can operate continuously in a large city or region. DARPA said the low-cost detectors–developed since 2014 in a collaboration of industry, national laboratories, and academic institutions–could be available to local, state, and Federal agencies this year.

The program has developed two kinds of detectors. Smaller, smartphone-size detectors that could be clipped onto a person’s belt have been tested at the Port Authority of New York and New Jersey’s transportation hubs. Larger devices that could be installed on bridges, other structures, and vehicles were tested for seven months in Washington, D.C. on the city’s fleet of Fire and Emergency Medical Services ambulances.

Cost was a key goal of the SIGMA program. DARPA said the program’s smaller sensors, which detect gamma and neutron radiation 10 times faster than conventional sensors, came in at $400 per unit for 10,000 units. Multiple vendors showed they could produce the larger sensors, which are twice as sensitive as current neutron-detection drive-through portals, for less than the $5,000-per-unit target, making them about one-tenth the price of comparable sensors, DARPA said.