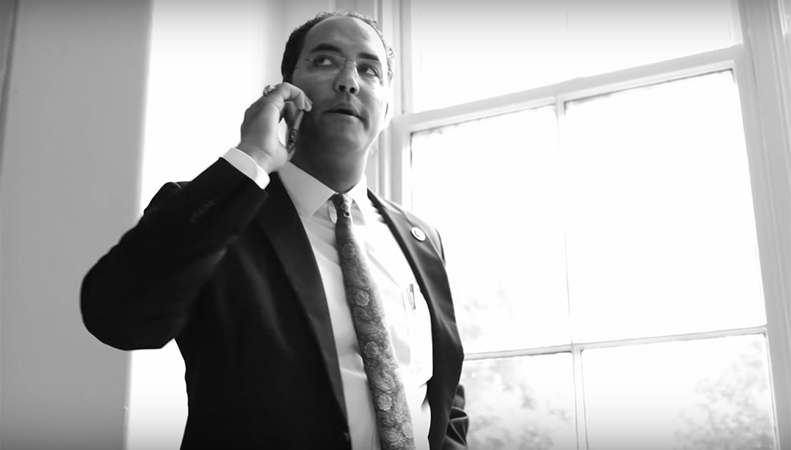 Rep. Will Hurd, R-Texas, reintroduced his Modernizing Government Technology (MGT) Act in the House on Friday as Congress dodged an eleventh hour budget fight that would have shut down the government. Hurd told MeriTalk that the timing is designed to get the bill through markup and onto the floor for votes as soon as possible.

“We want to get this marked up as quickly as possible,” said Hurd, explaining that the bill’s establishment of working capital funds within agencies will enable CIOs to quickly start saving money. “The meat of the MGT is the working capital fund, and so once this gets signed into law, the CIOs of these agencies, if they can realize savings then, guess what, they can put that money into a working capital fund.”

House Majority Leader Kevin McCarthy, R-Calif., said in a statement that he plans to schedule the bill for floor consideration as soon as it advances from the Oversight and Government Reform Committee.

“I don’t expect every agency to be able to take advantage of this, but I think that’s why the decentralization of this works,” said Hurd, adding that the successful agencies act as a “data point” for how to approach broader modernization. For example, Hurd said that he expects integration of rotating capital funds to be included in future agency evaluations under the Federal Information Technology Acquisition Reform Act (FITARA).

However, Hurd said that the bill’s second main provision, a Technology Modernization Fund administered by the General Service Administration’s Technology Transformation Service, will have to be addressed later.

“I think that conversation is going to be in 2018, with appropriations,” Hurd said.

Hurd said that the bill is already being championed by Sens. Jerry Moran, R-Kansas, and Tom Udall, D-N.M., and that a Senate companion bill could be introduced as early as today.

Beyond Congress, Hurd’s office has also been working with agencies and members of the administration to create a widely supported version of the bill.

“The Office of American Innovation has been incredibly fantastic in working with us, understanding how they’re looking at modernization long term, looking at how they think these working capital funds and the centralized fund [should work], how they would want to use those in their efforts. That was helpful perspective on how to tweak this bill,” said Hurd.

“We are excited about today’s introduction of the Modernizing Government Technology Act; this important bipartisan work, led by Rep. Will Hurd and Rep. Steny Hoyer, will enable significant progress to be made toward creating a more effective, efficient, and accountable government for all Americans,” said Reed Cordish and Chris Liddell, assistants to the president and members of The White House Office of American Innovation.

According to Hurd, his office also worked with the Congressional Budget Office (CBO) to find ways to reduce the cost of the bill, which was estimated at $9 billion over four years for the last version.

“We capped the amount of money that could go into the fund in year one and year two at $250 million,” Hurd said. “Before CBO was making an assumption that it was going to be $3 billion over multiple years, because that is what the last White House had requested. That impacts the overall score pretty significantly.”

Hurd said that conversations with the CBO and Government Accountability Office provided examples of how best to execute modernization efforts in the Federal government.

The $9 billion price tag held up the last version of the bill in the Senate, despite passing the House within two weeks of introduction.

Hurd first introduced the MGT Act during the 114th Congress in September of last year, and it was seen as a marriage between Steny Hoyer’s, D-Md., IT Modernization Act and Hurd’s previous Modernizing Outdated and Vulnerable Equipment and Information Technology (MOVE IT).

Hoyer’s IT Modernization Act centered on a $3 billion revolving capital fund for agencies to draw from and then repay, which received strong support from then-Federal CIO Tony Scott. MOVE IT, on the other hand, focused on creating working capital funds within each agency. MGT combined both of these core principles.

“I am proud to join Representative Hurd in reintroducing this critical IT modernization legislation,” said Connolly. “The MGT Act builds on the success of the bipartisan Federal IT Acquisition and Reform Act and ensures the savings and efficiencies created by FITARA provide the investment needed for agencies to transition to the cloud. The working capital funds established by the MGT Act will create an incentive for agencies to find savings and reinvest them internally, creating a virtuous cycle. This reform has the potential to significantly speed up the Federal government’s move to 21st century technologies.”

“The bipartisan Modernizing Government Technology Act is a first step toward commonsense solutions that upgrade our outdated technology infrastructure to make us safer, stronger, and more secure,” said Kelly. “This bill is long overdue. It’s 2017, it’s time to bring the next generation of technology and innovation to government IT to save costs, protect our citizens’ personal information, and enhance security.”

In a March House Oversight Committee hearing, members of industry applauded previous efforts on MGT and offered support for its reintroduction this year.

“We were pleased to see continued support for this bill from both industry and the executive branch. Moving forward with MGT, we hope that the administration will join Congress in making long-overdue investments in Federal IT and modernization efforts,” said Connolly.