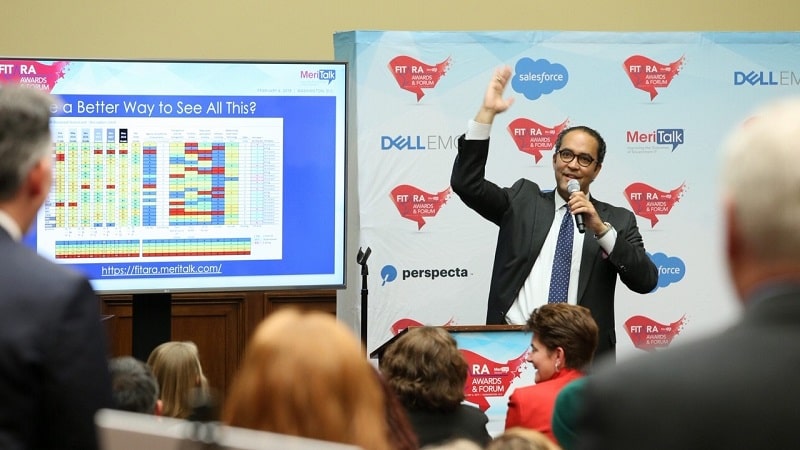 During a hearing on Tuesday, members of Congress, including Rep. Will Hurd, R-Texas, shared their concerns about the Department of Veterans Affairs (VA’s) technology efforts with Secretary Robert Wilkie, including the electronic health record modernization (EHR-M) project, FITARA implementation, and telehealth efforts.

During a hearing of the House Appropriations Subcommittee on Military Construction, Veterans Affairs, and Related Agencies, Wilkie faced a subject familiar to IT professionals, but not often mentioned in Appropriations Committee hearings – FITARA.

Hurd noted his appreciation of the VA’s improved FITARA score, reaching a B+ in December. However, he pushed Secretary Wilkie to provide an answer as to why the VA does not have a dedicated IT working capital fund, as the Modernizing Government Technology (MGT) Act enables agencies to do. Hurd, who sponsored both MGT and FITARA, urged Wilkie to take action to create the working capital fund.

While he did not directly answer the request, Wilkie cited the confirmation of James Grefrer as a sign of progress within the agency’s IT department.

“My view of leadership is to give those with the talent the leeway,” said Wilkie.

“I would welcome, at a future hearing, your report on why you do not have an MGT fund, because I think that is a tool that can not only help with this EHR effort, but with modernizing your systems like scheduling,” said Hurd.

On the topic of EHR, Hurd questioned Wilkie about the progress of data mapping of the various instances of the preexisting VistA EHR system. Dr. Richard Stone, executive in charge of the Veterans Health Administration, noted that Cerner, the contractor, had mapped all 131 instances of VistA, and is on track to combine them into a single instance to migrate them over. However, the change management process is a priority for VA, keeping them from shifting immediately.

“This is more than simply yielding the electronic record,” said Dr. Stone.

Wilkie also made note of increased telehealth efforts as part of the MISSION Act passed by Congress in 2018. His written testimony noted that more than 782,000 veterans used telehealth for 2.29 million instances of care.

“The reforms that we need to implement to make VA a modern, 21st century healthcare administration include making access to rural America a reality. One of the ways that we’re doing that is expanding telehealth,” said Wilkie.