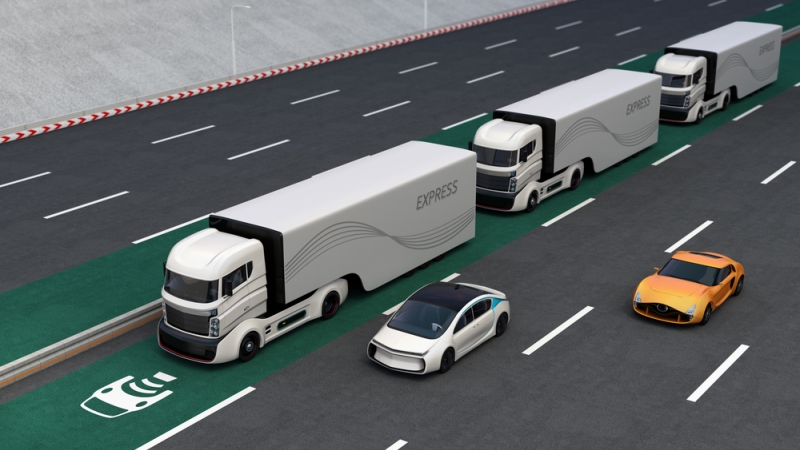 The Government Accountability Office encouraged the Departments of Transportation (DoT) and Labor (DoL) to continue working closely with trucking stakeholders in a study released yesterday that analyzed the potential workforce effects of automated trucking.

Technology developers have designed automated trucks for long-haul deliveries and to travel without drivers for part of a route, the GAO reports, and these trucks may be prepared for the roads within five to 10 years, with the potential to make the industry safer and more efficient.

However, GAO examined several studies and found that automating the trucking industry could have a significant impact on truck driver employment.

“Estimates in the studies we reviewed ranged from under 300,000 driver jobs lost to over 900,000 jobs lost—out of a total of nearly 1.9 million heavy and tractor-trailer truck driver jobs,” GAO wrote.

After working with different stakeholders across the trucking industry, GAO found two scenarios that could likely occur, given the intended design of automated trucks.

First, developers say trucks will eventually be able to drive on highways without a driver, making this option one that would more significantly reduce the trucking workforce, as well as lower wages.

Groups representing drivers, however, detailed a situation in which drivers would always be present in a truck. Although the driving would be automated overall, drivers would still fuel the vehicle, change tires, and help load and unload. GAO found these groups, however, lacked consensus on the effects this second scenario would have on employment and wages.

Congress ordered DoT and DoL to complete an analysis that examines the effects of automated trucking on its respective workforce by this month, and GAO found the departments have so far made meaningful contact with stakeholders in the industry in preparing this analysis.

GAO suggests, however, that the departments continue both working together and stay in contact with these stakeholders to gather information, such as what skills truckers will need to learn for the future.

GAO especially encourages this contact because it found neither agency has made plans to continue meeting with stakeholders on an ongoing basis. This is critical, the report states, given that automated trucks are still in development and the agencies have the ability to mitigate negative impacts on the trucking workforce.

“Federal agencies have an opportunity to prepare truck drivers for the possible workforce effects of automated trucking,” the report states. “Many stakeholders noted that the effects would be gradual, giving the government time to act, but studies note the effects could eventually be significant, possibly affecting hundreds of thousands of truck driving jobs.”