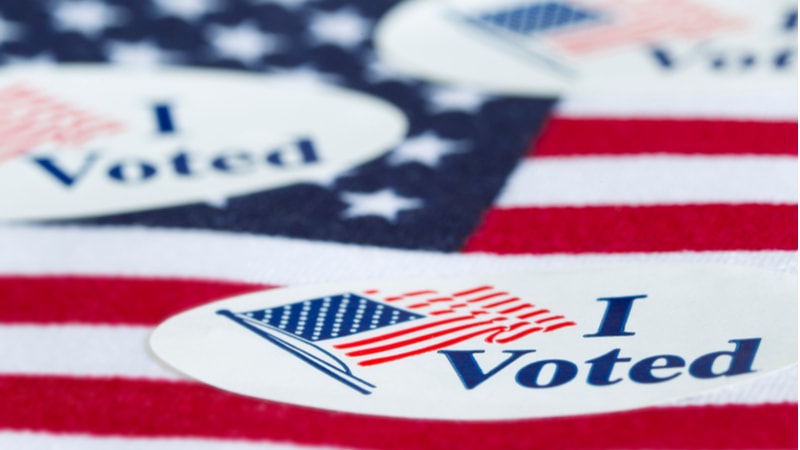 In a nearly three hour hearing, the Committee on House Administration heard expert testimony regarding U.S. election security, with a specific focus on voting system security.

During the hearing, Congress heard from voting system providers, government election officials, and experts from academia. The voting system providers looked to reassure Congress and the general public that their technologies were safe and they were taking every precaution to secure U.S. elections; the Federal and local government officials discussed the proactive and reactive steps they were taking ahead of the 2020 Election cycle; and the academic experts stressed the weaknesses in the U.S. election system and offered their guidance.

Julie Mathis, president and CEO of Hart InterCivic, offered a positive outlook on election security, “The national election system is far more secure and the officials responsible for managing it are better prepared to thwart cybersecurity attacks today than ever before.” Specifically, she praised the Department of Homeland Security (DHS) classifying the election system as “critical infrastructure.”

In regards to Federal regulation, Mathis rejected the idea the election industry is unregulated. She said, “that label, at least as it applies to Hart and our Verity Voting system, is misleading … Despite the name of the Federal standard – the Voluntary Voting System Guidelines (VVSG) – at Hart, we consider the VVSG to be anything but voluntary.” However, she did “encourage” stronger industry standards and increased Federal oversight of the industry.

Mathis’ industry colleague, John Poulos, president and CEO of Dominion Voting Systems, focused on the importance of  Federal support and assistance. Saying that increased assistance in evaluating threats would “go a long way towards enabling private sector election providers to better prioritize resource allocations in the same economic terms as other enterprise decisions.”

Donald Palmer, commissioner of the Election Assistance Commission (EAC), spent the bulk of his time at the hearing discussing how the EAC is preparing for the 2020 election cycle. Specifically, he said that EAC’s goal is to be as “nimble as possible in working with manufacturers to quickly respond to a rapidly changing threat environment.” He took time throughout the hearing to praise Congress for increasing funding towards election security and touted EAC’s “tremendous progress” in 2019 towards the adoption of VVSG. He said that widespread adoption “represents a significant leap forward in defining standards that will serve as the template for the next generation of secure and accessible voting systems.”

The two witnesses from academia – Matt Blaze, professor of law at Georgetown University Law Center, and Juan Gilbert, a professor at the University of Florida – offered similar guidance to Congress.

Blaze argued that paperless voting machines must be “immediately” phased out from U.S. elections and instead should be “urgently” replaced with “precinct-counted optical scan ballots that leave a direct artifact of voters’ choices.” Additionally, along with many election security experts, Blaze called for “statistically rigorous” risk-limiting audits. The audits, he said, should be conducted routinely after every election, in every jurisdiction, to identify and correct software failures and attacks. He further called for “significant additional resources, infrastructure, and training” to be provided to state and local voting officials. Said that the additional resources were needed to protect against “increasingly sophisticated adversaries.”

Gilbert’s recommendations largely concurred with Blaze’s suggestions. Gilbert also stressed the importance of human-readable paper ballots. As with Blaze, he placed urgency behind removing digital ballots from U.S. elections, saying that “any election that is paperless is not secure.”

Given the rapid advancement of both technology and cyberthreats, Gilbert called for a “detailed set of cybersecurity best practices for state and local election officials” and said it must be “continuously developed and maintained.”