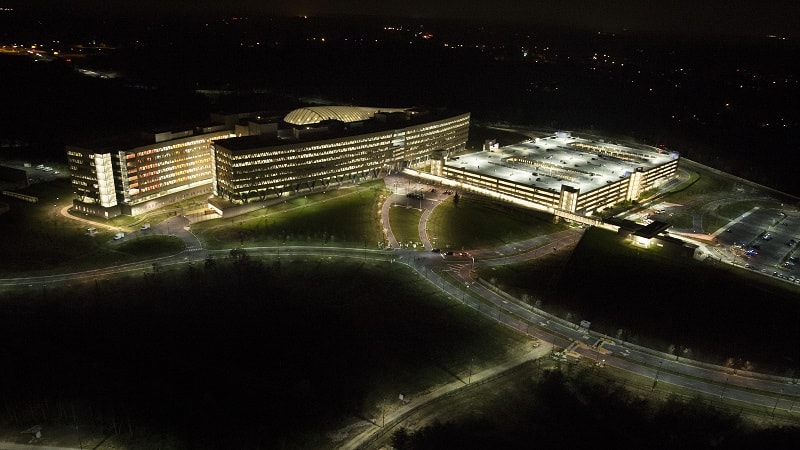 The Department of Defense in December will wrap up a two-year pilot program using the National Geospatial-Intelligence Agency’s (NGA) mobile application store–the GEOINT App Store–as the official app store of the entire DoD.

The program, by all accounts, has been a massive success, setting commendable benchmarks for security and innovation, according to Matthew Seitz, technical product manager of the GEOINT App Store, who spoke at an event hosted by ATARC Thursday. That’s not something you’d necessarily expect from a government offering, but the program has made big strides since it began in 2012 as a vehicle used mainly for internal NGA research and development.

“In 2016, the DoD CIO put out a memo, after looking at all the mobile app stores in the DoD, that the NGA GEOINT app store would be the DoD app store for a two-year pilot,” Seitz explained.

The store provides a host of geospatial intelligence apps and mapping tools to assist DoD personnel in the field. Despite recent alarm about the use of location services at the Pentagon and in operating areas, Seitz said DoD leaders are “working on training all the commanders of these operational areas” that mission-centric apps like the ones in the GEOINT store are necessary tools for intelligence officials and the military.

In a January 2018 update to the user interface, NGA modeled the store using the Google Play Store schema–including the design of its app cards–and arrived at something that “looks like something that was not developed by the government, which was our goal,” Seitz said. He noted that the agency tried not to “reinvent the wheel,” and ended with something much more user-friendly.

In addition, NGA developed a partner program called the Innovative GEOINT Application Provider Program (IGAPP), which Seitz said has allowed the agency to “change the paradigm” regarding app development.

Whereas NGA had been footing the bill for developers to create applications for the defense and intelligence community–with no assurance that the final product would deliver the intended functionality–IGAPP allowed NGA to use a broker to solicit vendors for development with “zero money up front,” Seitz said.

Developers got paid for successful apps, to be sure, but only after users downloaded their applications. “It just finds another avenue for commercial vendors, who already have their apps in iTunes and Android, another set of user,” Seitz said, adding that it also cut down on the bureaucracy and paperwork needed to partner with government.

Now, IGAPP boasts 112 approved vendors as of this week, 87 percent of which are small businesses.

“We have streamlined this process extremely well in the past year or two, since we started doing this big IGAPP thing, and from the time an app is recommended in the app store and the time it’s operationalized is a mean time of three days,” Seitz said, with initial mobile vetting handled long before, so that products reach Pentagon and IC users sooner.

The GEOINT App store also leverages PIV and other government credentialing, so that privileged users only see apps in the store that are relevant to them, and those for which they are authorized. The public is welcome to browse the app store, but many offerings exist beyond the unclassified ones you’ll see on the main page. The robust security employed by NGA has attracted attention from the press, Seitz noted.

NGA uses agile development and produces an update to its mobile application store each month, Seitz said. To this point, “the GEOINT app store has had over 120,000 installs,” he said, and employs a bring-your-own-device policy. When the pilot program wraps in December, it will be mostly business as usual.

“We continue to recommend that everyone submits their app in the app store for discoverability and all the different services, like product metrics, that we can give you, instead of reinventing the wheel,” he said.