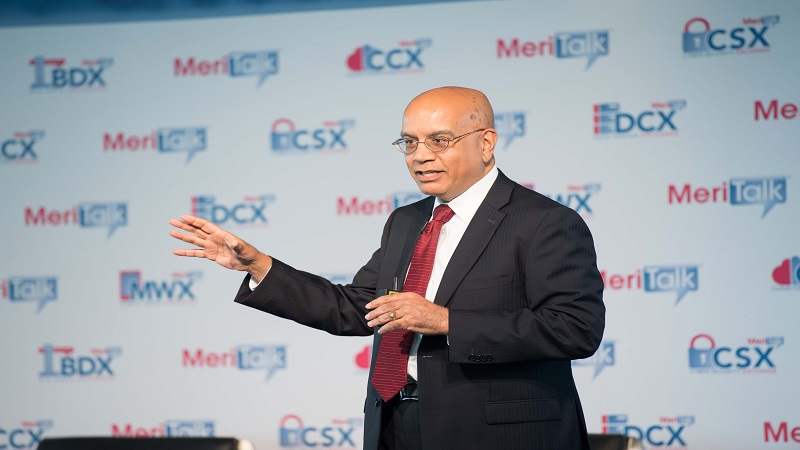 Kshemendra Paul, cloud action officer for the Department of Homeland Security’s (DHS) chief information officer, said Wednesday at MeriTalk’s 2018 Cloud Computing Brainstorm that while DHS has yet to establish the concrete business value of cloud migration, the financial benefits are just one piece of the puzzle in proving cloud’s worth to the agency.

Paul is about a year into his tenure at the position, which was established last year to optimize the agency’s push to cloud services.

“It’s not all roses,” he said of DHS’s cloud migration effort. “While some programs have seen some benefits, across the portfolio we haven’t realized a business case going to the cloud,” meaning that savings and return on investment have yet to be tallied in dollars and cents, he said.

But, Paul emphasized, that positive realization of cost savings and ROI likely is looming over the horizon.

“We want to support a reinvestment of savings,” he said. “The MGT Act talks about that. We want to have support: as programs book savings, they can reinvest, but those savings get counted at the enterprise level and there’s transparency and governance around that reinvestment.”

Paul said the current situation is not so much that cloud technologies aren’t creating savings, it’s that those savings are not being cataloged properly.

“Usually what happens, if there are efficiencies, they get captured at the program level and you don’t have that transparency,” he said. “We’re trying to put in incentives and approaches leveraging MGT so that can be made transparent. We think that’s key to credibly book the business case.”

But financial motives are just one of three main drivers of the shift to cloud, Paul said, alongside mission enablement and organizational transformation.

On the mission front, Paul said the agility provided by cloud is pivotal, enabling automated processes that increase efficiency, and in turn, revolutionize mission impact.

“Probably the most important driver from going to the cloud is the ability to introduce automation into IT business process and be able to drive productivity gains,” he said.

Regarding organizational transformation, Paul said IT modernization can elevate the tasks performed across the department by making agency resources easier to use.

“DHS is a teenager,” he said. “We need to grow up. And part of that growing up is taking advantage of these trends in the marketplace, and moving to as-a-service-type offerings and be able to increase unity of effort across the department by having a technology platform and ecosystem that’s more modern.”

Another part of that growing up is having the right organizational structure. DHS CIO John Zangardi established Paul’s role as a major part of that effort, and the agency in February established a Cloud Steering Group to focus on what is currently working in the cloud and to guide future investments.

The group could prove pivotal in directing DHS’s cloud push that isn’t slowing down despite complex challenges–demonstrating ROI not the least of them.

“We’re already in the cloud,” Paul said. “There are early adopters across the department. We’ve overcome barriers and the migration is well underway.”