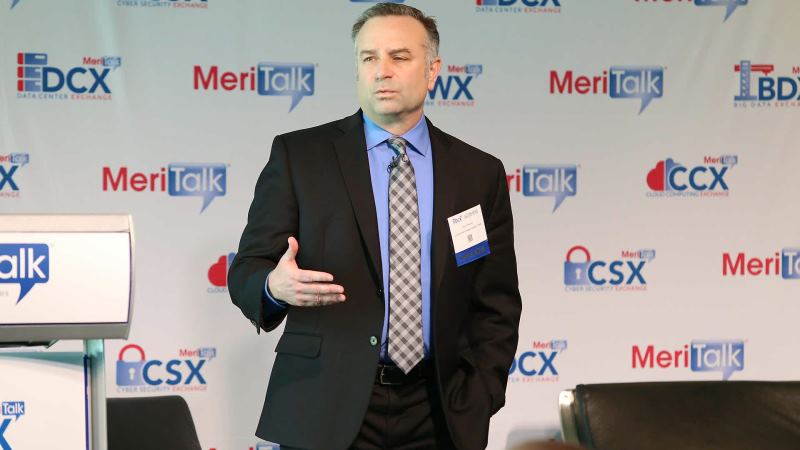 Dave Powner at MeriTalk's Data Center Brainstorm on March 23, 2017, at the Newseum in Washington, D.C.

The deadline for Federal agencies to close all of their data centers by 2018 will probably be extended for an unspecified amount of time, according to Dave Powner, director of IT issues at the Government Accountability Office.

The Federal Information Technology Acquisition Reform Act requires agencies to close their data centers by 2018. The most recent FITARA scorecard, released Dec. 6, indicates that the consolidation process is moving slowly. Twelve of the 24 graded agencies received a C or worse in the data center consolidation category.

“2018 probably isn’t enough time to get this done. A key recommendation moving forward is extending the sunset provision in FITARA,” Powner said. “The question is how long to extend it. If an agency really can’t optimize by 2020, should they be in the business of managing a data center? They need to ask themselves that. If agencies can’t operate these things, they need to think long and hard about getting out of the business.”

There were 10,000 Federal data centers when GAO conducted its initial inventory. As of today, 4,400 have been closed, and 5,600 active data centers remain.

While most Federal agencies are struggling to fulfill the requirements outlined by FITARA, Powner said a few are doing well. Powner spoke at MeriTalk’s Data Center Brainstorm on March 23. The Departments of Agriculture, Treasury, Justice, and Defense account for a large portion of Federal data center savings.

One major issue, Powner said, is how few agencies have server utilization tools. Of the 4,400 remaining data centers, 120 have these tools in place. The National Aeronautics and Space Administration and the Social Security Administration are among the 120.

The purpose of data center consolidation, and, more broadly, FITARA, is to help the Federal government save money. FITARA requires agencies to submit transparency plans revealing where they will cut costs. Powner said that 12 agencies submitted plans that projected total savings of $600 million. Ten agencies submitted plans, but did not include any savings plans. Defense and the Office of Personnel Management did not submit plans at all.

“We need to have agencies commit more to these savings,” Powner said. “This is where we need leadership from OMB.”

Powner said that chief information officers need more authority if agencies ever want to completely fulfill FITARA’s requirements. He used the example of the CIO of a certain agency that received a B on the FITARA scorecard who reduced the cost of email by using a different server. However, three of the components within this CIO’s agency refused to upgrade their email system simply because they preferred the old one.

“A lot of CIOs don’t have the authority they need. I think there’s an opportunity to leverage cyber for CIO authority,” Powner said. “IT’s a tough subject to get people into, but cyber isn’t. If you lead with cyber, it’s helpful.”