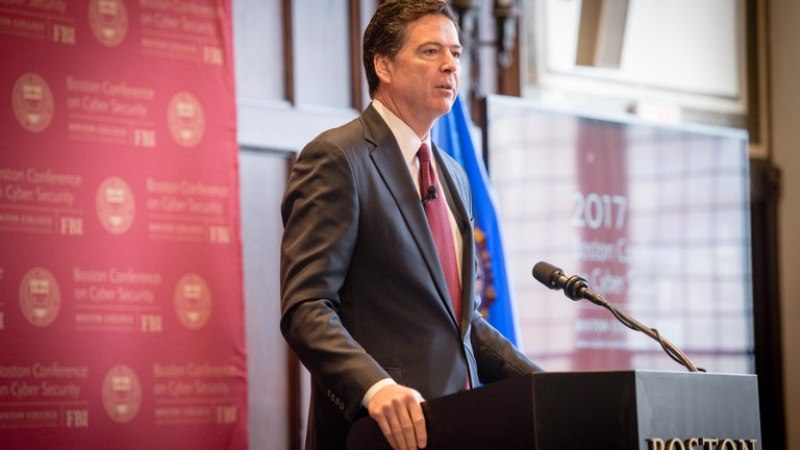 FBI Director James Comey confirmed in a House Select Committee on Intelligence hearing on Monday that his agency has been conducting an investigation since late July 2016 into Russia’s 2016 election hacking and whether members of the Donald Trump campaign coordinated with that interference.

“I have been authorized by the Department of Justice to confirm that the FBI as part of our counterintelligence mission is investigating the Russian government’s efforts to interfere in the 2016 presidential election. And that includes investigating the nature of any links between individuals associated with the Trump campaign and the Russian government and whether there was any coordination between the campaign and Russia’s efforts,” said Comey. “As with any counterintelligence investigation, this will also include an assessment of whether any crimes were committed.”

He explained that it is not normally the Department of Justice’s policy to discuss ongoing investigations, but that this investigation is one instance where confirmation is in the public interest.

“The testimony this morning by FBI Director James Comey that the Trump campaign is under investigation for potential collusion with Russia underscores the need for a bipartisan, independent investigative commission. The American people deserve answers, and Congress must demand a full accounting,” said House Democratic Whip Steny Hoyer, Md., in a statement on the confirmation.

Though Comey was able to confirm the existence of an investigation, he declined to comment on nearly all questions into the details of the investigation and the validity of media accounts, explaining that any commentary may lend credence to unverified claims and unfairly skew the ongoing investigation.

“Because it is an open and ongoing investigation, and it is classified, I cannot say any more about what we’re doing and whose conduct we’re examining,” said Comey. “I’m not here voluntarily. I’d rather not be talking about this at all.”

Both Comey and NSA Director Adm. Michael Rogers took the time to reiterate their confidence in the January assessment of Russia’s intentions in the hack, which included undermining confidence in the American electoral process and undermining Democratic nominee Hillary Clinton’s chances of success while increasing then-candidate Trump’s.

Comey added that, given the chance to go back and deal with Russian hacks of DNC servers again, he would have absolutely sent up a “bigger flare” in reporting the hack to Democratic officials.

“The department has no information that supports those tweets,” said Comey.

Rogers added that he had seen no evidence to support the claims that British intelligence carried out the wiretapping on behalf of the Obama administration, and agreed with British assessment that such claims were “utter nonsense.”

In addition to exploring Russian interference and claims of wiretapping, the Republican members of the committee also focused on cracking down on leaks of classified information, reiterating the illegality of sharing such information with the press.

“It’s also deeply concerning that Republicans focused on the false issue of leaks rather than asking serious questions about Russia’s assault on our democracy,” said Hoyer. “This further demonstrates that it is past time to establish a bipartisan, independent commission to investigate Russia’s interference in our election and possible coordination with the Trump campaign. Our national security and the foundations of our system are at stake.”

Democratic legislation has already called for an independent investigation into Russian interference and potential Trump campaign knowledge, but has failed to gain support with Republicans.