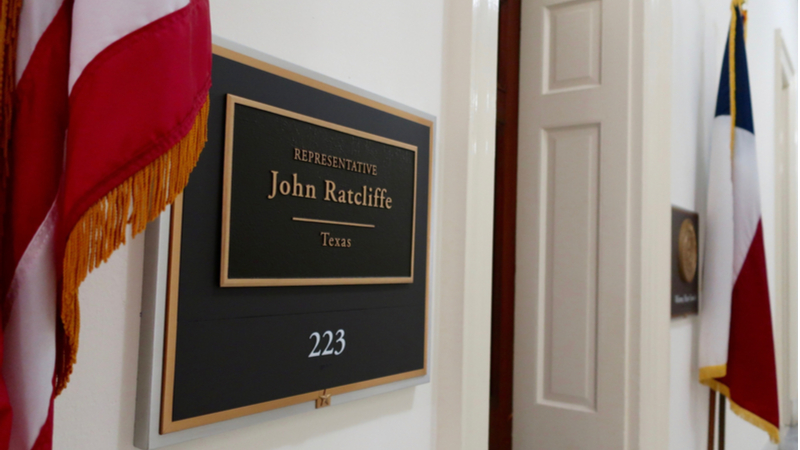 President Donald Trump announced on Twitter today that he will withdraw his nomination of Rep. John Ratcliffe, R-Texas, to serve as director of national intelligence.

“Our great Republican Congressman John Ratcliffe is being treated very unfairly by the LameStream Media,” Trump tweeted. “Rather than going through months of slander and libel, I explained to John how miserable it would be for him and his family to deal with these people John has therefore decided to stay in Congress where he has done such an outstanding job representing the people of Texas, and our Country.”

Trump added in the tweet that he will choose a new nomination for the position shortly.

The sudden announcement to revoke the nomination for Ratcliffe, who Trump had not officially nominated, follows criticism of the congressman’s previous record in the House and as a Federal prosecutor.