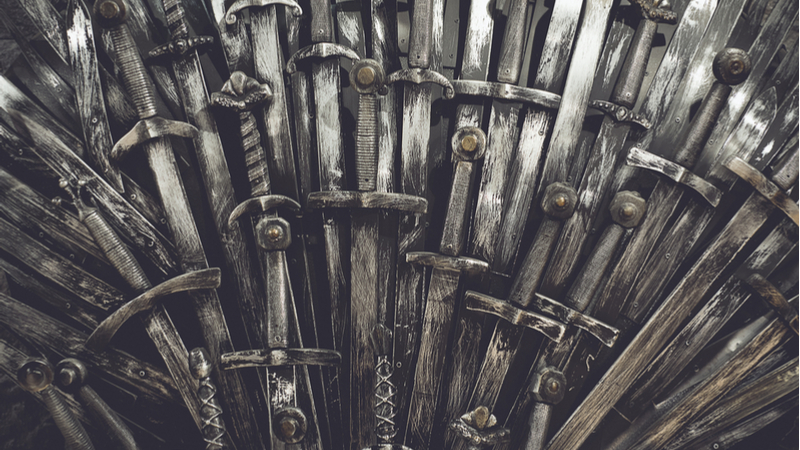 The vast realm of Westeros from the Game of Thrones series isn’t quite known for its technological advancements. It’s a world where the only electricity is between Tormund and Brienne. There are no computers, no automation, and no cybersecurity issues to worry about like in the real world. However, as the United States deals with the difficult nuances of big technology companies’ expanding access to data, it draws a fun parallel to how one particular Game of Thrones character might require regulation akin to data privacy in the real world.

Bran Stark, now the Three-Eyed Raven, can see into the past and present, and perceive the future. This magical ability allows Bran to have access to a plethora of information that no other person in this world would otherwise have – just as Big Tech has cultivated copious amounts of data with a vast set of capabilities. With this vision, do the people of that world have a reasonable expectation of privacy?

The concept of the Three-Eyed Raven can be a confusing one and even more so when you’re trying to delineate between Bran, the character, and something that Bran had to become by losing attachment to the person he was throughout the shows’ initial seasons. Allow us to grab our Maester chains at the Citadel and read through the scrolls to break down what the Three-Eyed Raven is.

Since Bran’s paralyzing fall from the tower in season one, the Three-Eyed Raven has been the guide for his spiritual journey. Bran often had dreams of following an actual raven with three eyes and throughout the book journey, we got a deeper understanding of the fantastical occurrences happening to Bran with his greenseeing – which is a magical ability to see the past or perceive the future. Bran’s journey brought him beyond The Wall and to a man who dubbed himself the Three-Eyed Raven, in a giant weirwood tree, which are understood to be connected, possibly through magic.

This network of weirwood trees – colloquially called the Tree-ternet – allows Bran to see in the present through the trees themselves, wherever these trees may have roots. Combined with his greenseeing ability, Bran can access a ton of information and has ‘downloaded’ a lot of data on past events.

Which brings us back to the idea of information, Bran has all this access to information and like any technology company, it’s easy to first only see the benefits and the good the company can do with this information. Bran could quite literally save this world. Should any one entity be trusted with all this personal information and should there be limitations on what can be accessed, though?

Bran being able to see into the past and perceive future events can have serious repercussions for the people in Westeros. He might have access to all their darkest secrets, as we witnessed when he discovered his father’s biggest secret. He could access their most personal moments, or just watch them through the weirwoods. Unlike our world, Bran won’t need big data analytics or artificial intelligence to make sense of the data, or spend tedious hours normalizing it. But with access to all of that information, where do the limits fall?

In the real world, people are likely to favor a moral and ethical limit on these types of powers, which is something that Big Tech says it’s trying to figure out right now. Let’s assume that someone reasonable ascends to the Iron Throne in the show – like Jon Snow or Daenerys – and they have to make a choice about Bran. While I’m sure he’ll play a pivotal role with his powers in the Great War, afterwards, the people of Westeros might demand answers to his magic after they hear the stories. The people of Westeros should have a reasonable expectation of privacy. What does the new ruler do?

They could allow Bran to self-regulate, and take a light-touch approach. He may put earnest efforts into self-regulation so as not to have interference in his work and business. Bran also sees his ability to work for the betterment of the greater good.

The new rulers could take the drastic step of cutting down the weirwoods. They’re a tree that’s almost extinct in the Seven Kingdoms as it is, but now we’re moving from privacy regulation to violating other freedoms. Likewise, regulating big social media technology companies for privacy of data reasoning argue that freedom of speech could be violated with excessive regulation.

While the obvious debate is over who will sit on the Iron Throne or whether a new system is in place, big questions remain for the fallout of high-born squabbles with low-born soldiers. Jon Snow may have to determine how to legislate his own kin. Should Daenerys “break the wheel” as she long promised, her human rights crusade from Meereen may extend to privacy rights. And Cersei wouldn’t care about her subjects’ privacy, but she definitely values her own. We ask ourselves these questions as we learn to deal with technologies of our own realm..