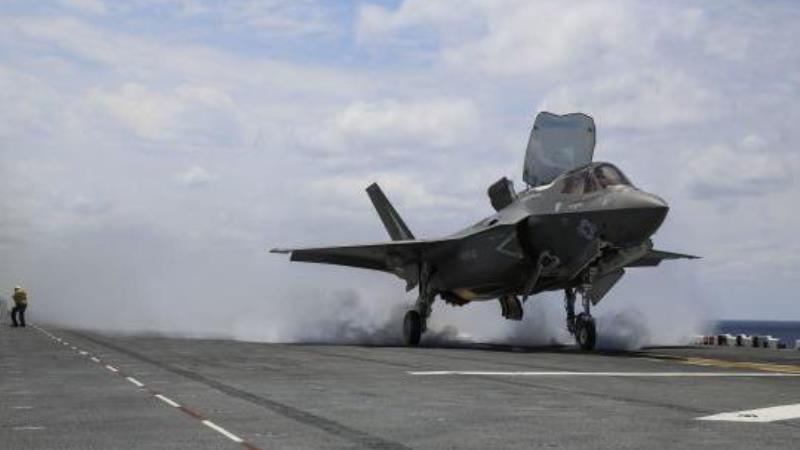 President Donald Trump advocated for togetherness between the political parties while giving few details about budget and policy plans at his joint address to Congress on Tuesday.

Agencies and their private sector partners will feel pressure from the White House to cut costs on government contracts. Trump lauded his negotiation that lowered the price of a Lockheed Martin F-35 fighter jet after he tweeted at the company about “tremendous cost and cost overruns” compared to a similar product made by Boeing. Trump has also criticized Boeing for its Air Force One contract.

“We’ll be saving billions more on contracts across our government,” Trump said.

Trump’s goal to cut costs on contracts could reach more than just fighter jets. Agencies that contract technology companies such as cloud service providers could also see scrutiny. Acquisition specialists who work with agencies to obtain cloud contracts such as those within the White House, at the United States Digital Service, have told agencies to only pay private companies if they deliver on the desired product or service within a year.

Clair Koroma, a digital services expert working on procurement reform for USDS, tells agencies to pay for quality results rather than time, determine how much money they want to spend on a project, and stop investing if the value of the work declines.

Trump said that his proposed budget will increase funding for the military, for veterans’ programs, and for infrastructure.

Office of Management and Budget Director Mick Mulvaney said Monday that the Department of Defense will receive $603 billion.

“That’s a $54 billion increase–it’s one of the largest increases in history,” Mulvaney said at a White House press briefing. “It’s also the number that allows the president to keep his promise to undo the military sequester.”

Although Trump plans to increase military spending, he said that $6 trillion has been spent in the Middle East so far, which could have been used to improve the nation’s infrastructure. But some estimates find the cost to be about $1.6 trillion from 2001 to 2014.

Trump said that he will ask Congress to approve a $1 trillion infrastructure fund financed through public and private capital, “creating millions of new jobs.”

“We’ve spent trillions and trillions of dollars overseas while our infrastructure crumbled back at home,” said Trump.

“[The Intelligent Transportation Society of] America looks forward to working with the White House, Congress, and others to find intelligent technological solutions to repair and rebuild our extensive transportation system,” said Regina Hopper, president and CEO of ITS America. “In 2016, more than 40,000 people died in accidents on our nation’s highways and roads. Intelligent transportation solutions will go a long way to saving lives and preventing injuries.”

Trump didn’t mention exactly where he plans to cut funding from agencies to fund the military and infrastructure. However, it’s been reported that Trump’s budget will cut money from the State Department for foreign aid.

“Everything that is broken in our country can be fixed,” Trump said.