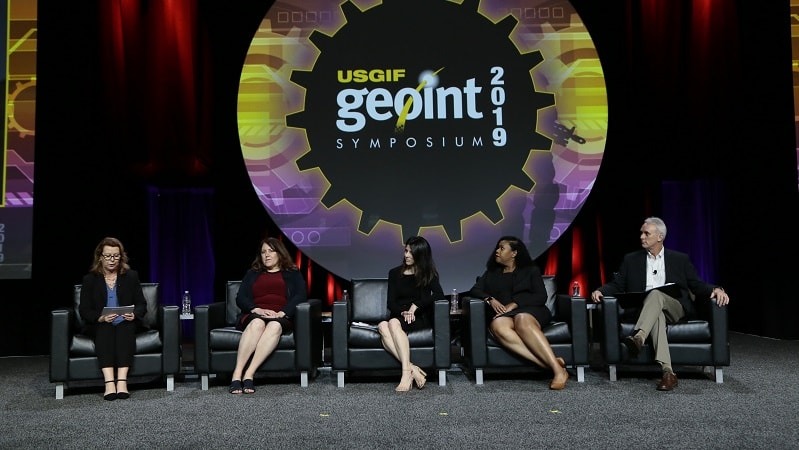 The rapid growth in IT and its applications for Federal agencies has similarly expanded the roles of chief information officers, whose operations now extend to nearly every realm of agency activity.

That was the message on Monday, June 3, from several Federal agency tech leaders speaking at the GEOINT Symposium on geospatial intelligence-gathering.

La’Naia Jones, deputy CIO of the intelligence community within the Office of the Director of National Intelligence, said she “completely” agrees that the role of the CIO has changed. Previously, the CIO served in a “technologist” role, she said, but now the CIO is much more involved in the application of technology across a diverse set of areas, including mission, security, acquisition, and human resources.

The CIO role, she said, “is now foundational to everything we do.”

“The shift [in CIO role] has been significant,” agreed Annette Redmond, director of the Technology and Innovation Office in the State Department’s Intelligence and Innovation Bureau.

Juliane Gallina, CIO at the Central Intelligence Agency, said the widespread use of cloud services may be the biggest change in the tech landscape that in turn is driving the change in CIO scope. Cloud services, she said, create “more flexibility to deliver changes across the community.” That increased rate of change is turning the CIO function from a “keep on the lights role” and more toward a “future requirements role,” she said.

And it’s raising the stakes for CIOs as well, she said, because following a traditional path of merely “incremental” investments in new technology may mean that agencies miss out on investing in important technologies that develop at a more rapid pace. That means CIOs also have to step outside traditional paradigms and be able to see future technology changes, she said.

On the emerging technologies front, Mark Andress, CIO at the National Geospatial-Intelligence Agency (NGA), said the benefits of machine-learning and artificial intelligence (AI) technologies seem evident, but that the challenge will be how to scale them across organizations.

The continuing boom in technology adoption by agencies also has implications for their tech-focused workforces.

Redmond talked about a “skills incentive program” operating at the State Department which encourages employees to upgrade their tech skills in order to take better advantage of new technologies. And Jones discussed opportunities to leverage tech on the HR side of the equation to ease clearance backlogs so that “people can enter and exit the IC [intelligence community] more easily.”