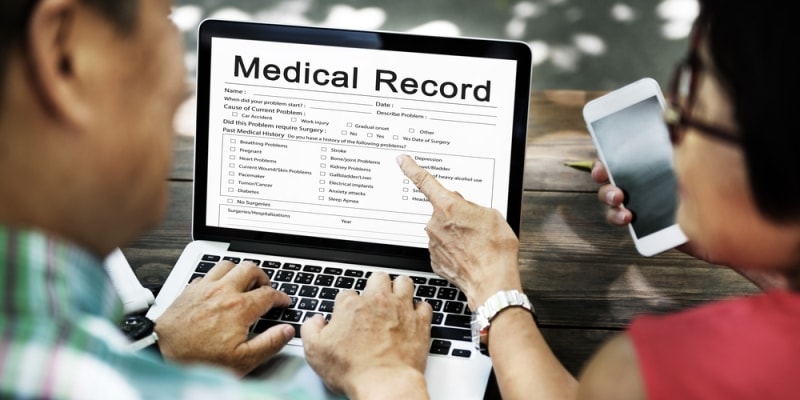 Electronic health records (EHRs) became the vehicle for driving healthcare administrative efficiency in 2009 when Congress instated the Meaningful Use program, which provided over $36 billion in grants to incentivize healthcare providers to adopt EHRs.

EHRs continued to add onto administrative burden and provider expenses, however, because healthcare systems were inoperable and commonly encountered information blocking–when a patient’s information cannot be sent from one doctor to another.

CURES, which was signed into law in 2016, aimed to stop information blocking and encourage interoperability by mandating that all EHRs should adopt the same data element standards for application programming interfaces. The Department of Health and Human Services reported that creating interoperability between all EHRs could save up to $3.3 billion a year and could give over 125 million patients better access to healthcare records.

The Office of National Coordinator for Health Information Technology (ONC) will implement new CURES standards once they’re finalized, and healthcare witnesses at Tuesday’s hearing voiced both approval and caution for the committee to consider as regulations become cemented.

While the witnesses testified in favor of making EHRs interoperable, they also said that regulations need to ensure security in expanding record connectivity, emerging systems need to be Health Insurance Portability and Accountability Act compliant, and vendors need to be held accountable in creating technology that can offer interoperability and adjust to shifting regulations.

“It’s up to the provider organizations to cover the cost and burden of implementing these add-ons to cover new regulations,” Christopher Rehm, chief medical informatic officer of Lifepoint Health, said about the burden providers face with lack of vendor accountability.

“To improve matching, ONC should specify use of the Postal Service standard for address and include other routinely collected elements like email address, which is already in half of records but not used for matching,” Moscovitch said.

Moscovitch added that EHR usability should be improved to make patient safety a priority and that ONC should establish an EHR reporting program to help imbed safety in the usability aspects of an interoperable interface.

Chief Privacy and Regulatory Officer at Omada Health Lucia Savage, and President of the Healthcare Leadership Council Mary Grealy, who overall agreed with Moscovitch and Rehm, also spoke about how providers should either have a transition period to adapt interoperable systems or should have the freedom to take their own initiative in reaching a state of interoperability.

“We never want to be micromanaged … because it would stifle innovation,” Grealy said.