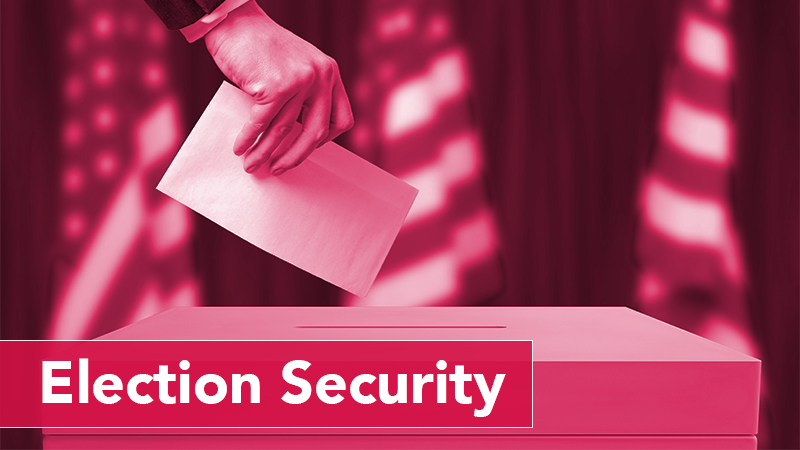 In the wake of suspicions around a 2016 electronic poll book system malfunction in Durham County, N.C., senators are pressing the Department of Homeland Security (DHS) to take quicker action on election security incidents and share more information with the public.

Sens. Amy Klobuchar, D-Minn., and Jack Reed, D-R.I., sent a letter to DHS Acting Secretary Kevin McAleenan on July 5, pushing the department for answers on the potential for Russian government involvement in the malfunction and alleged hack of voting technology vendor VR Systems. The company has denied that any hack took place.

“Federal agencies and state election officials are now far more aware of the scope and urgency of the threats to our elections from foreign interference than they were in 2016. However, it is critical that we learn as much as we can about the extent of the attacks we faced in 2016, and that these lessons be shared as widely as possible so that our nation is fully prepared for the 2020 elections,” the letter states.

While DHS announced that it will review the affected laptops in the North Carolina incident, the letter criticizes DHS for not reviewing the systems earlier, noting that North Carolina’s Board of Elections asked DHS for a forensic review more than 18 months ago.

“While this is a positive step, we are concerned that this is only happening now, over two and a half years after the 2016 elections. Even if these laptops had been imaged on Election Day, at this point much of the supporting information, such as access logs, that DHS and other agencies could use to draw conclusions about what happened to these laptops could already have been lost or erased,” the senators said.

The letter asks DHS to answer why the department delayed in its review, and asks DHS to make public the results of analyses of VR Systems. The letter also asks DHS to take a stand on whether remote-access capabilities for voting systems are good or bad.