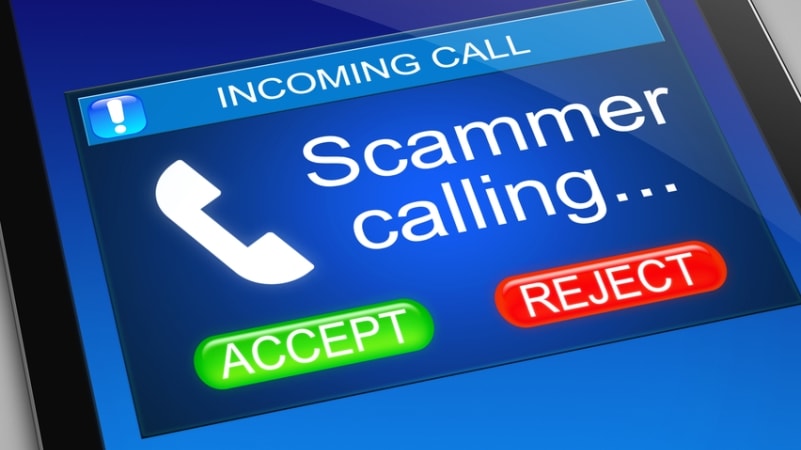 The Senate Special Committee on Aging heard testimony today regarding the impact of robocall scams on the elderly, as well as how Congress can help put an end to the calls.

Tackling the scourge of robocalls has been gaining traction during this Congress, with Senators introducing both the Deter Obnoxious, Nefarious, and Outrageous Telephone (DO NOT) Call Act of 2019 and the Telephone Robocall Abuse Criminal Enforcement and Deterrence (TRACED) Act earlier this year. The House also held hearings examining robocalls and has introduced more than seven pieces of legislation dealing with the issue this year. Federal Communications Commission Chairman Ajit Pai called for industry help in ending unwanted robocalls in May of this year.

During today’s hearing, the Committee heard from local law enforcement, the U.S. Postal Service (USPS), a telecommunications industry expert, and a relative of a robocall scam victim.

Delany De Leon-Colon, postal inspector in charge of the USPS Criminal Investigation Unit, explained how the elderly are particularly likely to fall for robocall scams.

“Imagine your phone rings and the voice on the other ends tells you it’s your lucky day,” he said during the hearing. “However, you must first pay a little cash, called an ‘insurance fee.’ For some, especially older Americans, the chance to get out of debt or to leave something to their children and grandchildren has a very strong appeal … The caller ID shows the call is coming from their local area code, or from a government agency in Washington, DC, adding authenticity in the mind of the person on the receiving end of the call. The urge to believe is overwhelming.”

Angela Stancik, whose grandmother was a victim of a robocall scam, painted a harrowing picture of the severity of robocall scams. She explained that her grandmother was told she won a prize and just needed to pay “taxes and fees” – the exact scenario De Leon-Colon highlighted during his testimony. She ended up wiring tens of thousands of dollars overseas, even after being warned that it was likely a scam by the wire marketing services she was using. Stancik’s grandmother eventually took her own life as a result of the scam. She explained that the following her grandmother’s death, the family discovered that “not only did [the scammers] drain her of all the money it took her a lifetime to save, but that she had taken out a reverse mortgage on her home and she cashed out all of her life insurance. She died with $69 in her bank account.”

“Every self-respecting U.S.-based telecommunications provider should be contributing to addressing the problem of illegal robocalls,” Frankel said. That means participating in traceback efforts. But it also means being prudent about who gets what kind of access to the U.S. telephone network … It makes no sense for somebody in India, identified only by a Gmail address, to be placing huge numbers of calls that look like they are originating from all over the USA. U.S.-based providers that allow that to happen are the root cause of our illegal robocall problem.”

Frankel further explained that robocalls are a profitable business for smaller telecom companies.

“On a monthly basis, a VoIP [Voice over Internet Protocol] provider that originates one hundred million robocalls could net $50,000 to $100,000 in profit,” he said. Thirty such operators would account for three billion illegal robocalls, in line with published estimates for current illegal robocall volumes. That’s a big boost for these relatively small operations but peanuts in the scale of the U.S. telecommunications business. It amounts to less than one penny per U.S. telephone subscriber.”

However, for larger companies, Frankel said robocalls are “terrible.”

“Costs to deal with customer complaints, implementing mitigation technologies, and overall damage to the business far outweigh the relatively minuscule revenue generated by the calls,” he said. “For intermediate providers in the middle, who own and operate complex networks, it’s much easier to make money on calls that average two or twenty minutes than twenty seconds.”

Frankel called on Congress to draft language with highly specific and targeted language, to ensure that telecom companies actually crackdown on robocallers. He said that previous pieces of legislation have left too much wiggle room and allowed telecom companies to be too lenient.

In the vein of Congressional legislation, Jerry L. Sanders, Jr., sheriff Of Delaware County, Pa., offered praise for legislation supported by Ranking Member Bob Casey, D-Pa., which would provide training to bank tellers and cashiers on how to spot a potential scam victim and intervene to stop it. “In this way, they would serve as another line of defense – protecting our friends and neighbors from these criminals,” he said. Similar to Frankel, Sanders called on the telecom industry to do more to stop robocalls, “I also think that more must be done by the telecommunications industry to stop these callers from getting through in the first place.”