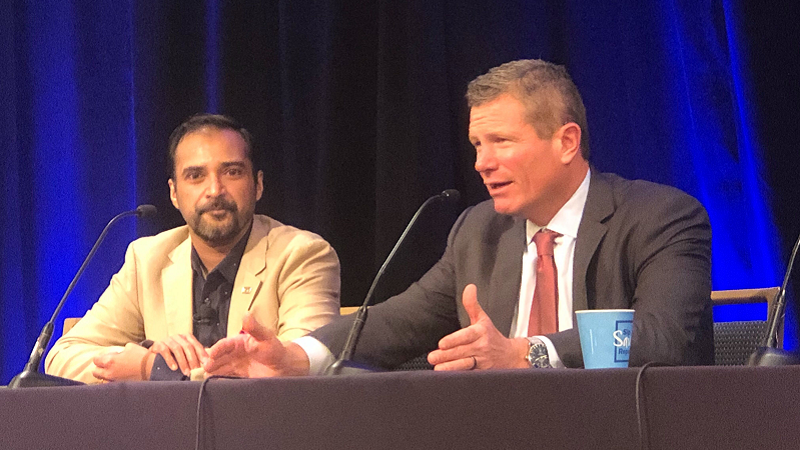 Artificial intelligence (AI) is ripe to revolutionize the workforce and the process of human-machine teaming, but funding, organizational application, and experimentation must accelerate in order for it to become a reality, posited Steve Harris, senior vice president and general manager of Dell Technologies Federal.

“The technology is very mature and if you were given the resources to apply it against what you do today, probably everybody in the room could actually figure out a way to experiment with it to help them do their job differently, if not better,” Harris said today at the RSA Public Sector Day event at the RSA Conference.

Asking for a show of hands, Harris identified roughly 20 percent of the audience is experimenting with AI against their current technology workload. When he asked how many would like the resources to start, the number of hands shot up considerably.

“Everybody wants the testbed and sandbox, but the investment still isn’t there. To me, that’s the number one thing holding us back from progress,” he said.

Harris was joined on stage by RSA Security CTO Zully Ramzan, who expressed similar sentiments. Ramzan keyed in on the building blocks necessary for successful AI implementation. “In machine learning, data is a pretty critical element. If you don’t have good data, you can’t make good inferences,” he said, adding an appropriate analogy in proximity to California wine country, “You can’t make good wine unless you have good grapes.”

Ramzan downplayed the relative importance of having either the most robust neural network or extensive algorithms, instead urging the audience to focus on “how should I be looking at this data in the first place” as well as “making sure the data gets to where it needs to go.”

“It’s not just about having the right technology, it’s how do I make that technology successful in my environment,” he said.

Harris identified Federal government technical debt, estimated to be close to $100 billion, as an inhibitor to that important prerequisite – actual application – of AI in government.

“What that really means is that there’s a lot of people doing their jobs the way they’ve done it for a long time – analog processes – and we haven’t completely mobilized the workforce,” he said. “If you haven’t actually moved to full digital workflows, then you can’t apply artificial intelligence.”

Harris provided a level-setting example from recent memory, referencing the previous absence of high-performance compute clusters in higher education. “Your average university professor that had a research project didn’t have the opportunity to apply a computational resource against their science, which limited the scale that they could advance their research,” he said.

Harris called AI “just a rerun” of this example, suggesting that the technological advances and wider availability that sparked evolution in higher learning – many universities now boast considerable compute power – could soon provide a similar spark to government adoption of AI.

“I think the evolution is ongoing, and as people take steps to move forward from a state of technical debt to modern workflows, you’ll see a turnover in the way they do their jobs,” he said.