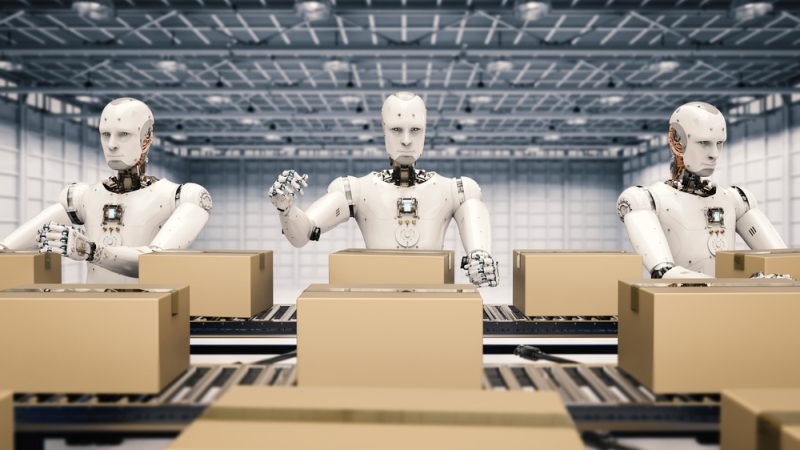 Technological innovation has a very low chance of creating the mass job displacement predicted by many experts, according to research recently released by the Information Technology and Innovation Foundation (ITIF).

“There has been this growing concern, not just in the United States but really around the world, that we’re somehow poised to enter this really unprecedented technological revolution, and it’s going to have major negative impacts on the labor force. Let me suggest that neither of those are really right,” said Rob Atkinson, president of ITIF. “The reality is, most jobs are super hard to automate.”

The research compared data on current job disruption in the U.S. to that of decades past going back to 1850, and found that the level of job disruption today wasn’t even comparable to disruption during the Industrial Revolution.

“Essentially what we did was we looked at each decade and said ‘in the decade, how much occupational churn is going on?’ ” said Atkinson. “If you look at 2000-2010, which is the last full decade pair that we have, what you see there is that it’s the lowest rate of occupational change in history, since 1850.”

“The idea that technology is inevitably accelerating is in fact not a historically supported idea. The fact is that there are waves of historical change in technology; they come, they go, there is nothing inevitable about them,” said Robert Friedel, professor of History of Technology and Science at the University of Maryland. “We have absolutely no reason, I would argue, to suggest that that pattern is somehow permanently broken.”

Though since 1950 technology has never created more jobs than it has destroyed, Atkinson said, the increased productivity resulting from automation has always raised wages and increased demand for more products within the market, thereby indirectly creating jobs.

Atkinson added that the kind of artificial intelligence that most people worry about stealing their jobs will likely not exist for generations.

“What people mean by artificial general intelligence is a machine that’s basically as capable as a human, and therefore could do every job we could do. That’s as long away in my view as warp drive is,” Atkinson said.

“I think the facts really do favor the optimist if you look back across time at the technological innovation and global interconnection, two things that were to some extent demonized in the last presidential election, really by both sides,” said Rep. John Delaney, D-Md. “I think they’ve clearly been positive in the state of the world, state of the country, the state of humankind.”

According to Adam Thierer, senior research fellow at the Mercatus Center at George Mason University, part of the problem in understanding the job markets of the future is that people still don’t know what new technologies or cultural trends will dictate economic needs. For example, when the Reagan administration commissioned reports predicting the jobs of the future, the concepts and terminology for the actual jobs today didn’t even exist yet.

“In 1982, we did not even possess a vocabulary to discuss the professions of the present,” said Thierer. “There’s a real, sort of, poverty of the imagination when it comes to thinking about the future.”

Atkinson and the other speakers pointed out that technological innovation will eventually eliminate some jobs, just as it has in the past with professions like elevator operators. However, it is a change that will not happen overnight.

“Over time, however, the winners tend to outnumber the losers by a considerable number,” said Friedel.

Edward Alden, Bernard L. Schwartz senior fellow at the Council on Foreign Relations, hypothesized that one of the reasons for today’s panic around technology and job loss is that the transition of work today, from manufacturing to IT and service jobs, is much harder than the past transition from farming to manufacturing.

The speakers agreed that it is the responsibility of policymakers to provide a safety net for the inevitable losers of technological innovation and to redirect them into new areas of the workforce.

“I think what is really needed is the development of a political consensus, and I think it’s based on a truth which is that the very real gains from innovation, from technology, from trade, are going to be threatened if we don’t come up with systems that help Americans make the adjustment better than we have so far,” said Alden.

“We as government have to be on the ball on this,” said Rep. Randy Hultgren, R-Ill. “There’s not enough things that bring us together–Republicans, Democrats, House, Senate–but this is one of those things.”

Delaney said that he sees this new policy focusing on expanding the K-12 education format, which was designed to fit the needs of the Industrial Revolution, and on providing training for those that lose their jobs.

“We have to really reimagine the social contract so people feel more secure, both in their lives and their ability to get the skills they need so they can get a job,” said Delaney.