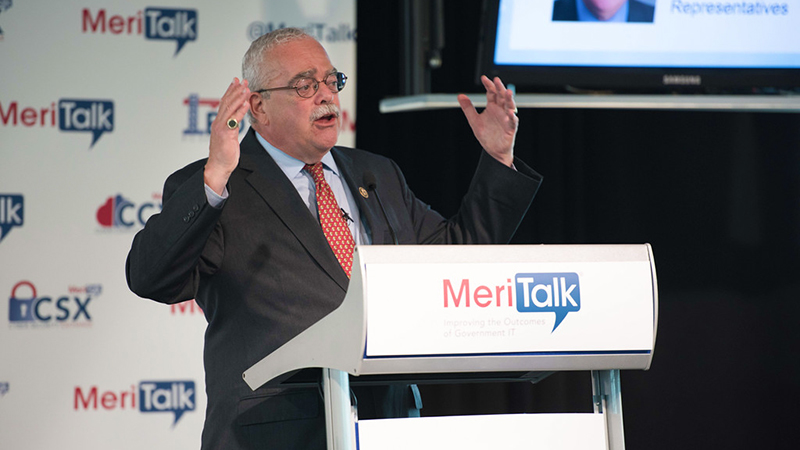 Reps. Gerry Connolly, D-Va., and Steny Hoyer, D-Md., introduced the Federal Civilian Workforce Pay Raise Fairness Act of 2019. The legislation, introduced today, would bring this year’s pay increase for civilian Federal employees in line with the raise given to members of the military. Currently, under President Trump’s pay freeze, civilian employees will see no pay raise, while members of the military received a 2.6 pay increase for the 2018 calendar year.

“Federal employees have dedicated their lives and careers in service to the American people,” said Connolly. “We must provide the entire Federal workforce with a pay increase worthy of their selfless commitment to the betterment of the American public. The Federal Civilian Workforce Pay Raise Fairness Act reaffirms our conviction that public servants–civilian and military alike–deserve better than the shutdowns, furloughs, and pay freezes forced upon them by the Trump administration.”

Democratic Majority Leader Hoyer concurred with his colleague, saying “President Trump must reopen the government now and ensure our civil servants receive the pay they are due. The Federal Civilian Workforce Pay Raise Fairness Act is an important step in treating Federal employees with the respect they deserve and compensating them for the financial stress the Trump-McConnell shutdown has inflicted on them.”

While both legislators reference the partial government shutdown, the bill was introduced the same day Trump and Congressional leaders announced an end to the shutdown, at least until Feb. 15. Trump announced today that a clean continuing resolution (CR), without funding for the border wall, would be signed. The CR would keep the government open for three weeks and would provide an avenue for continuing negotiations on border security and the border wall.