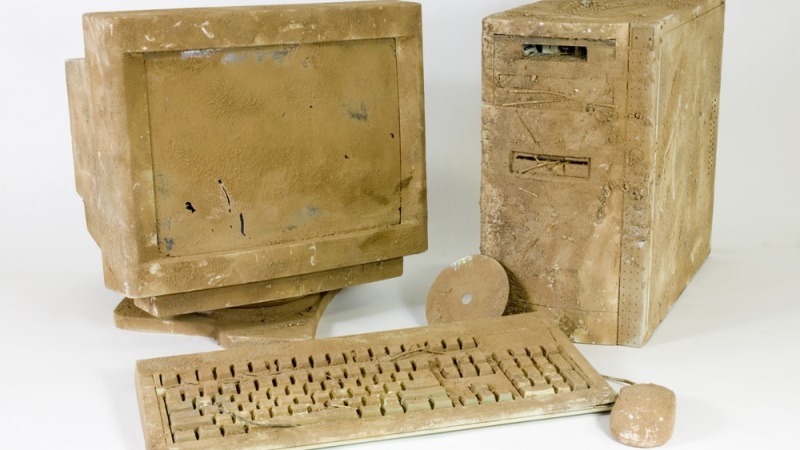 Politics and blame stand in the way of Federal IT modernization, according to comments made at the House Oversight Committee’s hearing on legacy IT systems on Wednesday.

“We seem to be going in a circle,” Rep. Elijah Cummings, D-Md., said. “We can start talking politics and we still don’t get where we need to go.”

Committee members said they were disappointed and baffled over the degree of outdated technology in Federal agencies, some in mission critical systems. A major concern was the use of 8-inch floppy disks in DOD systems, as 3.2 million disks would equal just one flash drive.

“This is still what the Department of Defense is using,” Rep. Jason Chaffetz, R-Utah, said in his opening statement. He questioned whether such outdated technology could remain a secure means of storing classified data.

“I think it is important to note that DOD is not out of balance with large, enterprise, non-IT private sector,” argued DOD CIO Terry Halvorsen.

“Are you aware of any other successful private sector company that uses 8-inch floppy disks?” said Rep. Ted Lieu, D-Calif., in response.

“Does anybody in the private sector do technology the way government does it?” Rep. Mick Mulvaney, R-S.C., added.

“Connections for these legacy systems are intertwined throughout the IRS,” said IRS CTO Terry Milholland. He also told the committee that his agency wouldn’t have as many of these problems if its funding hadn’t been reduced over the past few years.

“This is not a problem that happened in 2012,” Mulvaney responded, noting that many of the outdated systems date back decades and could have been upgraded in recent administrations that provided the IRS with more IT funding. “How can you sit there and tell us this is money? Haven’t you been mismanaging money since the ’70s and ’80s?”

Chaffetz also took issue with IRS’s attitude toward the hearing itself, noting that they responded to the committee’s request for Milholland to testify as something that would take him away from the more meaningful work he could be doing outside the hearing.

“That is wholly and totally unacceptable,” Chaffetz said.

The witnesses at the hearing also testified that the politics surrounding the appointment of Federal CIOs can make it difficult for any agency to begin working on meaningful change.

“Average CIO tenure is roughly two years,” said Dave Powner, director of IT issues at the Government Accountability Office. “What CIO wants to come in over a two-year period and tackle these massive conversion efforts?” He said that many CIOs focus on smaller efforts that can be considered “wins” by the end of their short tenure, leaving the gaping problems largely unaddressed.

Blame and politics also came between the committee members themselves, who occasionally divided along party lines to find blame for the fact that 75 percent of Federal IT budgets is spent on maintaining systems.

“Federal agencies desperately need to upgrade Federal IT systems. But if we want to talk about a ticking time bomb, let’s talk about it,” Cummings said. “The problem…is that Republicans in Congress have spent the past few years making massive cuts to Federal IT budgets.”

Chaffetz then argued that IT spending had actually gone up by $6 billion during the Obama administration.

“The ITMF would address these challenges of legacy IT,” Scott said. He emphasized the fact that agencies that received money for IT projects would have to pay back the funds received, that a board would be established to evaluate and advise on IT projects, and that the inherent competition in applying for the funds would encourage agencies to manage IT more effectively.

“We think that’s at the low end of what it would take to replace legacy IT systems,” Scott said of the $3 billion in the fund. A recent OMB finding estimates that there are in fact $3 billion worth of Federal legacy systems in need of replacement.

“We have direct evidence that injection of modernization funds leads to savings,” Scott said. He and others also pointed to the Federal Information Technology Acquisition Reform Act (FITARA) as a step in the right direction for IT modernization and evaluation.