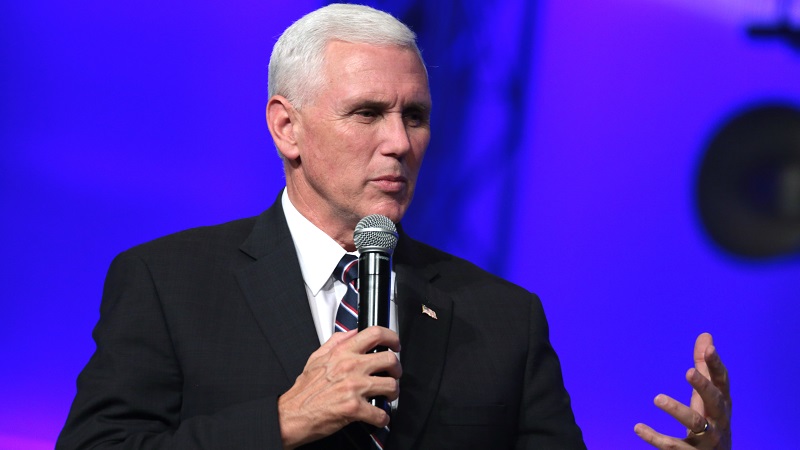 Vice President Pence said today that the Trump administration and the Defense Department are preparing to move forward with detailed plans to establish a new United States Space Command as a unified combatant command, and if Congress approves, as a separate branch of the military–dubbed the U.S. Space Force – equal to and separate from the existing five branches.

President Trump first announced plans in June to create the Space Force, and Pence in a speech at the Pentagon today fleshed out the near-term planning for that effort, with a hoped-for completion date sometime in 2020.

Pence said the new unified combatant command will be led by a four-star flag officer and will establish unified command and control for Space Force operations, ensure integration across the military, and develop warfighting doctrine and tactics. The command will then create a Space Operations Force to form the personnel backbone of the new operation.

And, a new joint organization called the Space Development Agency will be formed to focus on warfighting capabilities. Pence said the agency “will break free from ineffective and duplicative bureaucratic structures to focus on innovation, experimentation, and forging the technologies of the future.”

Pence also said a new civilian assistant secretary of Defense for space will be created to oversee growth and expansion of the operation, and will eventually transition to a full independent Secretary of the Space Force.

He said the heightened military focus on the space domain has been prompted by other nations “seeking to disrupt space-based systems and challenge American supremacy in space as never before.” Nation-state culprits in that effort include Russia, China, North Korea, and Iran, which Pence said “have pursued weapons to jam, blind, and disable our navigation and communications satellites via electronic attacks from the ground.”

He said U.S. space assets also were increasingly vulnerable from new weapons that are being developed by adversaries including airborne lasers, missiles, in-orbit maneuvering capabilities, and hypersonic missiles, among others.

“As their actions make clear, our adversaries have transformed space into a warfighting domain already,” he said, adding, “And the United States will not shrink form this challenge.”

On the congressional front, Pence renewed a White House call for Congress to appropriate $8 billion over five years for investments in space security systems, and said President Trump will propose unspecified funding for the new space command in his FY2020 budget. He also said the White House will seek this year to create statutory authority for the Space Force in the National Defense Authorization Act.