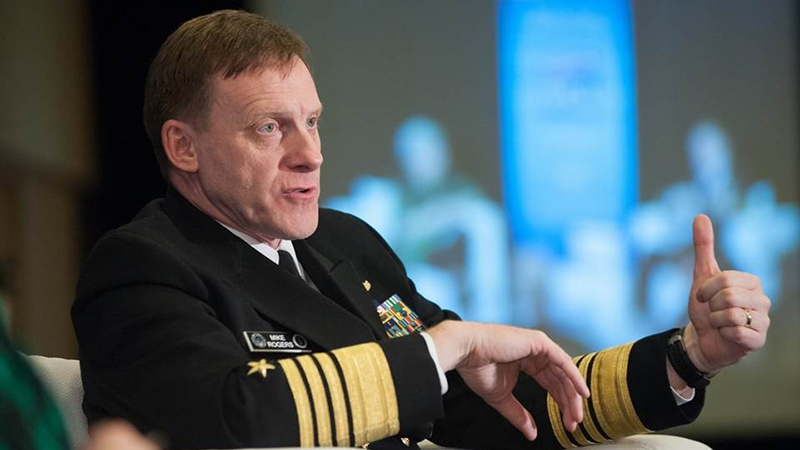 The United States has to formulate a conversation about cybersecurity breaches by foreign actors, according to Adm. Michael Rogers, director of the National Security Agency.

Rogers said that the Federal government has confirmed that Russia was behind the hacks on the Democratic National Committee.

“We need to step back as a nation and think about–so what are the implications of that–is that something that we’re comfortable with?” Rogers said.

Rogers said the hacks have led to a slew of misinformation and distrust in the American political system, which was Russia’s goal behind the cyberattacks.

“This is a very consistent pattern for the Russians over time,” Rogers said.

The United States Cyber Command, which is part of the NSA, develops offensive and defensive capabilities to use in cyberspace. Several officials have called for the separation of Cyber Command from the NSA in order for the group to further develop its capabilities in an autonomous space. Rogers said Thursday that this decision will ultimately be up to the president.

Rogers said that the most important way to improve the nation’s cyber capabilities is to recruit a well-educated, trained, and focused workforce.

“Cyber is the ultimate team activity,” Rogers said. “Perhaps the challenge is not the technology but the human capital in all this.”

Rogers said that agencies need to determine how to create policies, such as bring-your-own device initiatives that let employees use their own cellphones at work, to attract more employees. Rogers said he empathizes with these workers.

“When I can’t bring my device, I don’t like that,” Rogers said. “It’s unsettling.”

Sixty-five percent of the interns end up working for the NSA once they complete their education. Rogers said that the advanced technology doesn’t matter as much as having a talented workforce.

“Don’t forget the importance of motivated men and women,” Rogers said. “This is long-term hard work for all of us.”

Rogers said the Naval Academy is making strides in cyber education by building its first Cyber Center this year and making cyber courses mandatory for all students.

“At the same time we are all competing for the same workforce,” Rogers said.

Rogers said that industry and government have to work together to keep systems secure by making information-sharing pathways simpler to use for private companies.

“We realize we have to do things different,” Rogers said. “We have to go where the best technology and innovation resides.”

Rogers said the government must acknowledge that there will be times when they will fail in the cyber world and develop leadership skills and methods to handle those situations.

“We must deal with failure in the most timely and progressive way,” Rogers said.

He said that the prevalence of cyberattacks on all sectors in the news and the increase in investments in the cyber field show him that there’s room for improvement and that the transition into the new administration is a good time for an internal assessment on how the agencies are handling cyber issues.

“We all have to acknowledge that we are not where we want to be when it comes to cybersecurity,” Rogers said.