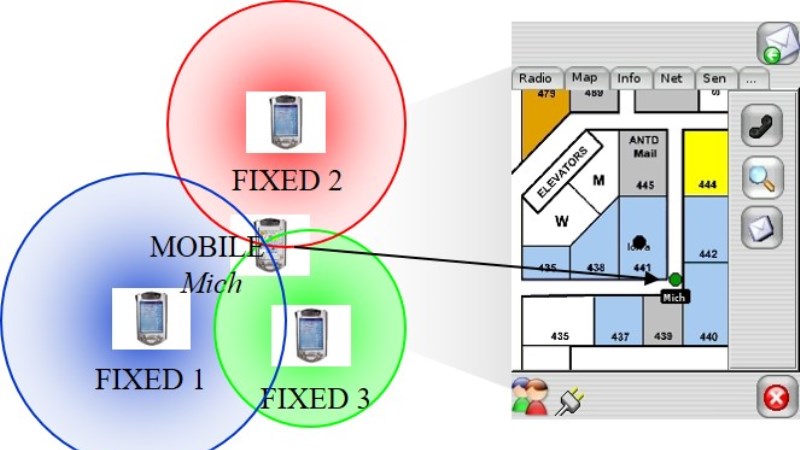 Have you ever been lost inside a large building? What if there was technology available to point you in the right direction?

A National Institute of Standards and Technology (NIST) research team collected data from four different smartphone models over an 18-month period to further the development of indoor navigation apps. This type of technology would assist users in finding their way inside unfamiliar buildings, help emergency responders find victims, direct visitors to find specific works of art in large museums, and more.

“The user community has expressed the need for careful testing of indoor localization solutions,” Nader Moayeri, NIST’s principal investigator on the project, said in a press release. “Fire departments, for example, strongly desire ways to find a comrade who’s fallen inside a burning building, and who may die because he cannot determine the exit location due to low visibility from smoke or some other reason. Fire departments need to know how well these solutions are going to work before they invest their limited financial resources in them.”

Developing apps for this technology is vital: The Federal Communications Commission estimates that more than 10,000 lives can be saved annually with better and timely location information for 911 calls placed from cellphones. Therefore, to speed the development of these apps, NIST is sponsoring PerfLoc– competition for app developers to make this technology a reality. To assist developers, NIST has made the collected data available to the public, and are accepting submissions through Aug. 17.

The top three submissions will receive cash prizes–and the first-place winner will also be flown to a conference in Japan to present their idea and do a live demonstration of their app.

“Of course, the biggest reward will not be the cash prize,” Moayeri said. “The prestige that goes with it will matter to the designer.”