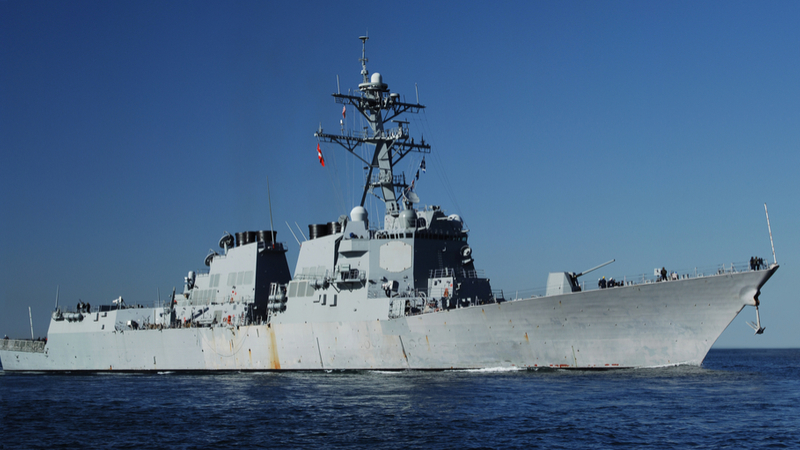 Weapons systems these days are run by computers, and as with other computer systems, software upgrades are a constant fact of life. The trick is to install and test those upgrades effectively with a minimum of downtime. Case in point: the Navy’s venerable, but always improving, Aegis Combat System (ACS). The Navy has awarded Lockheed Martin a $102.5 million contract modification to continue its long-running work on the development and integration of ACS capabilities, while exploring a way to test those upgrades without incurring downtime or extra costs.

Under the latest contract, which builds on earlier contract awards and modifications, Lockheed will work on the design, development, integration, test, and delivery of computer program baselines, as well as support the incorporation of associated technology in the system’s next/future advanced capability build, according to the Navy.

Aegis is a centerpiece of the Navy’s oceangoing defenses, a multi-mission warfare system that gives ships the ability to attack land targets, submarines, and surface ships simultaneously, while also automatically employing defenses against aircraft and missiles. It serves as the foundation of the Aegis Ballistic Missile Defense capability, according to Lockheed Martin. It’s currently deployed on 84 Navy ships: 62 Arleigh Burke-class Guided Missile Destroyers and 22 Ticonderoga-class Cruisers. Thirty-three of the ships have ballistic missile defense capability, with three more scheduled to be added this year. There also is a land-based version, known as Aegis Ashore, in Deveselu, Romania, as part of NATO’s missile defense, and another site is being built in Redzikowa, Poland. The navies of Japan, Spain, Norway, South Korea, and Australia also use Aegis.

Because a steady flow of upgrades is important to maintaining Aegis’ effectiveness, the Navy in February will deploy a “virtual twin” of the Aegis Combat System in a pilot program that could pave the way for making upgrades to the system on the fly, without disrupting the system’s uptime and operation, the Navy said.

The twin system, currently online at Naval Surface Warfare Center Dahlgren in Virginia and set to be deployed on a destroyer during training exercises in February, will run in parallel to the latest iteration of the Aegis system, called Baseline 9. During the exercise, the upgrade will receive the same inputs and see the same command-and-control view, but also will be running a new software algorithm designed to improve the surface tracking. The virtual twin’s upgrade will simulate responses based on that new algorithm, to show how an upgraded system would run in that situation.

Currently, upgrades must be tested separately during live-fire events, which takes time and incurs the costs of taking the ship out, firing a missile and destroying a target, Capt. Todd Boehm, the Aegis Integrated Warfare Systems Major Program Manager, told USNI News. By running in-development upgrades on a virtual twin system, “we’ll be able to stimulate that [upgrade] with a live-fire event and be able to save all those resources,” Boehm said.

Lockheed has a long-running history with Aegis, dating to development done by companies Lockheed eventually purchased. For recent work, the Navy awarded the company a $100 million contract in March 2013 to “develop, integrate, and test” computer baselines for future capabilities as well as support integration, testing, training, and provide other services. That was followed by an $80 million contract modification in Jan. 2016 and a $77 million modification in November of that year. And in Sept. 2015, Lockheed received a 10-year contract potentially worth $428 million for the Ship Integration and Test program to integrate Aegis on Arleigh Burke-class destroyers, and to modernize all new destroyers and cruisers with Baseline 9.