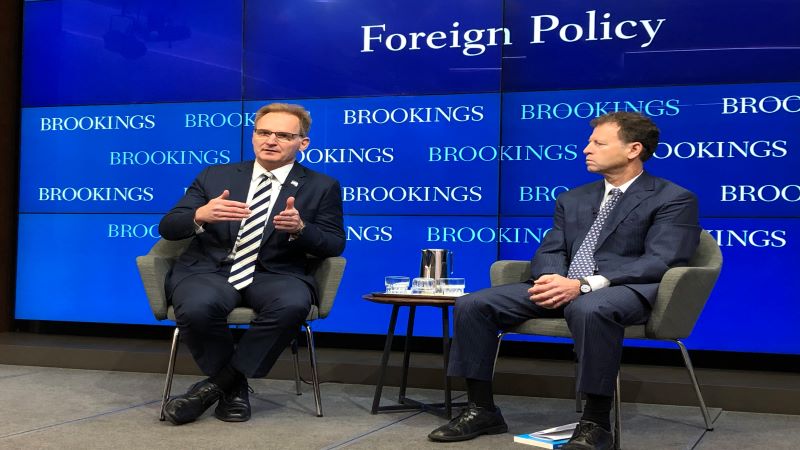 Acting Secretary of the Navy Thomas Modly shared “one of [his] greatest’s lessons in business” in a recent message to the department. He wrote that the quality of a company’s employee bathroom was a “nearly foolproof indicator” of a good organization.

The quality of an organization’s information technology, wrote Modly, is a new “employee bathroom test” to help determine the health of an organization. While he was writing the message, his computer went down.

“It crashed on me in the Pentagon,” said Modly, speaking today at the Brookings Institution. “We have a lot of work to do to improve our [IT] infrastructure,” he said.

Modly, the under secretary of the Navy, became the acting secretary in November 2019 after the firing of Richard V. Spencer. One of Modly’s top priorities is improving what he called “the gray zones” or “what people would consider the boring subjects in the Department of the Navy” like IT infrastructure.

“About a year or so ago, we elevated information management as a key strategic priority for the Department of Navy,” said Modly, who was sworn in as under secretary of the Navy in Dec. 2017.

The change in priorities brought Aaron Weis, from the private sector, to be the new CIO for the Department of the Navy.

“I had been the CIO for two years because we didn’t have one,” said Modly. “It was the worst decision of my life.”

Weis’ first observation, Modly said, was that the tools the Navy provided were about a decade old. This is something the acting secretary is looking to change.

“We are putting a heavy emphasis on how we retool for the future,” Modly said. The department recently released an information management strategy.

Modly said of the changes, “ultimately, it should cost less,” estimating the department spends around $10 billion a year on IT. “There is a lot of redundancy going on that we can get out,” he said.