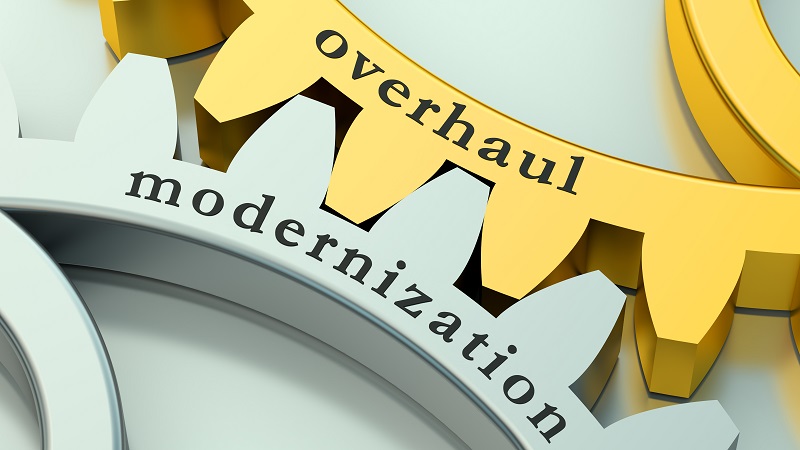 The Technology Modernization Fund (TMF) Board on Thursday announced the first three Federal agencies that will receive the initial round of funding authorized by the Modernizing Government Technology (MGT) Act.

The board selected three projects from the departments of Agriculture (USDA), Energy (DoE), and Housing and Urban Development (HUD), awarding $45 million in total funding between the three agencies.

USDA will receive $10 million to aid the development of a customer experience portal on its Farmers.gov website, which connects farmers and ranchers to USDA resources.

DoE will receive $15 million to speed its enterprise cloud email migration. Cloud email is a priority that is also being pushed government-wide through the President’s Management Agenda.

HUD will receive $20 million to accelerate a mainframe application migration.

“Today’s funding awards are important to the administration’s commitment to modernizing the Federal Government,” Federal CIO Suzette Kent, who chairs the TMF Board, said in a statement. “The Board believes these projects deliver citizen benefits, meet the specific technology transformation goals defined in the MGT Act, have agency leadership support, and contain effective cost-savings strategy that are at the heart of the TMF model.”

The FY2018 Omnibus spending bill authorized $100 million in TMF Funding under MGT. Agencies were invited to apply for the funds–with a timeline for reimbursement–by presenting IT projects that would quickly demonstrate value and return on investment.

“The Technology Modernization Fund provides Federal agencies with a novel new approach to investing in modern technology solutions that will bring about the updated, enhanced, and secure platforms necessary to better serve our citizens,” said Emily Murphy, head of the General Services Administration, which is the custodian of TMF funding.

“Today’s announcement marks an important milestone for the future of IT modernization across the Federal government,” Murphy said.

Nine agencies applied for the initial round of funding, and in April, Kent said the board had narrowed that to four finalists. At the time, she described what the board was looking for in projects, and the projects selected Thursday seem to coincide with those remarks.

“What we saw was clear alignments to the priorities that were laid out,” Kent said of the four finalists. “Modernization, cloud e-mail, citizen impact around portals, things that we want to do to move off of legacy systems.”

Murphy called the central MGT fund a “proof of concept” at an appropriations hearing in April, noting that, while the overall dollar values were not huge, the first projects would be important to demonstrating larger possible government-wide savings–and the legitimacy of MGT.

“There are simple low-dollar-value approaches we can work on there,” Murphy said. “It’s a revolving fund. It allows us to make targeted investments, get the return on those dollars, re-invest them into the next set of projects, and have this as a continual improvement process.”

But the TMF Funding is just one piece of the puzzle for MGT. While Federal agencies can continue to apply for a piece of the $55 million remaining in the central MGT fund, they are also authorized to create agency-specific working capital funds to reinvest savings realized from technology initiatives.

At a May 23 Federal IT Acquisition Reform Act (FITARA) Scorecard hearing, Dave Powner, director of IT management issues at the Government Accountability Office, said “not enough agencies are committed to establishing working capital funds,” as no agencies had yet established an MGT-specific working capital fund, and only three had “solid commitment” to do so.

A lawmaker heavily involved in IT modernization initiatives voiced his support for winning projects, but said there is still more work to be done to see them to fruition.

“I am glad that the Technology Modernization Fund Board has awarded funding to those three projects to modernize federal IT,” said Rep. Gerry Connolly, D-Va., in a statement. “While this is a milestone, there is still much work to be done to ensure success. I urge agencies to empower their CIOs to oversee these projects and use incremental development, two important pillars of FITARA that are especially important when investing tens of millions of taxpayer dollars on these large modernization efforts.”