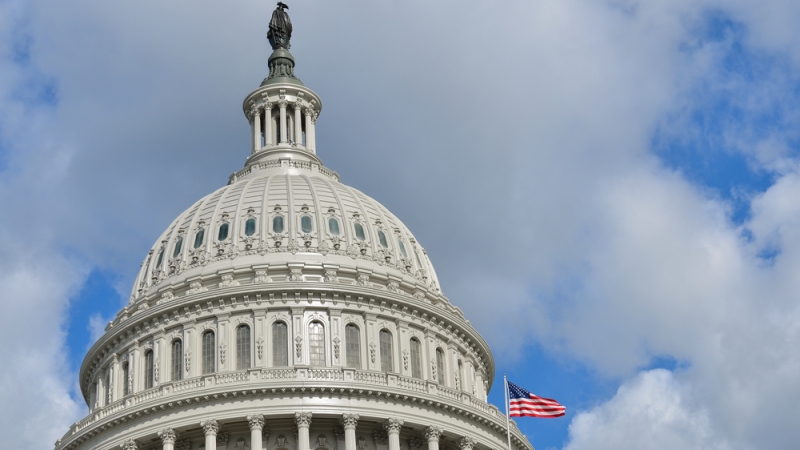 The Modernizing Government Technology (MGT) Act passed the Senate as a part of the Manager’s Amendment to the National Defense Authorization Act (NDAA) on Sept. 18.

“The amount of money that our Federal government spends on antiquated technology is mind-boggling,” said the bill’s author, Rep. Will Hurd, R-Texas. “Outdated technology policies and poor cybersecurity hygiene have riddled government agencies for decades, leaving our digital information vulnerable to hacks and costing taxpayers billions. By incentivizing the transition to modern technology, we will allow the government to harness cutting-edge technologies, use each dollar more efficiently, strengthen our digital infrastructure and improve government services for everyone.”

MGT passed the House in May, but received little action in the Senate before the summer recess. Hurd said last week that he expected the bill to pass as part of the NDAA, though there was some last-minute doubt that MGT would make it onto the Manager’s Amendment in time.

“The MGT Act is a perfect example of what we can accomplish when we seek common-sense solutions in a bipartisan way,” said the bill’s Senate co-sponsor, Sen. Tom Udall, D-N.M. “This major legislation to modernize the Federal government’s grossly outdated IT systems will strengthen our national security and save taxpayers millions.”

“In light of the numerous data security issues that continue to threaten our Federal government and American businesses, I’m pleased the Senate acted to prioritize the modernization of our alarmingly outdated Federal IT systems,” said MGT co-sponsor Sen. Jerry Moran, R-Kan. “The MGT Act is a critical step toward bringing our Federal IT systems into the 21st century. The improved efficiencies included in the legislation will strengthen our cybersecurity capabilities and reduce long-term wasteful spending.”

Though MGT was originally introduced in the House in 2016, the $9 billion price tag placed on it by the Congressional Budget Office (CBO) caused it to lack support in the Senate and ultimately fail to pass before the year’s end.

MGT was again introduced in the House in 2017, with a $250 million modernization fund rather than the original $3 billion, and received a much lower CBO score as a result.

“Senate passage of the Modernizing Government Technology Act is a major step forward in our goal of creating a more cost-efficient and digitally secure Federal government,” said House Majority Leader Kevin McCarthy, R-Calif. “By leveraging new technologies, we will save taxpayers money and deliver a well-overdue update to our nation’s IT systems.”

The bill has long received widespread support from industry leaders, many of whom applauded the recent Senate passage.

“PSC is encouraged by the Senate’s action on the MGT Act and the progress toward vital IT moderation,” said David J. Berteau, president and CEO of the Professional Series Council (PSC). “The Senate’s actions take us closer to enactment, which will provide a dedicated funding stream for Federal agencies to harness new technologies, reduce government costs and vulnerabilities, and improve efficiency and performance.”

“As the world continues to change at an unprecedented pace, the Federal government must have modern IT systems that can adapt to better serve their constituents,” said Steve Harris, senior vice president of Dell EMC Federal. “We appreciate the Senate’s recognition of this need by including the MGT Act in the 2018 NDAA.”

“The Senate passage of MGT as part of the NDAA is extremely important to keep momentum for IT modernization moving forward,” said Dave Wennergren, managing director of Deloitte Consulting. “This Senate action demonstrates the great sense of urgency and strong demand signal to reinvigorate and reprioritize agency efforts to migrate to the cloud, modernize legacy applications, expand shared services solutions and get rid of IT solutions no longer delivering results.”

The Senate’s NDAA will now have to be reconciled with the House version, after which it, and MGT, will be sent to the president for signature into law.