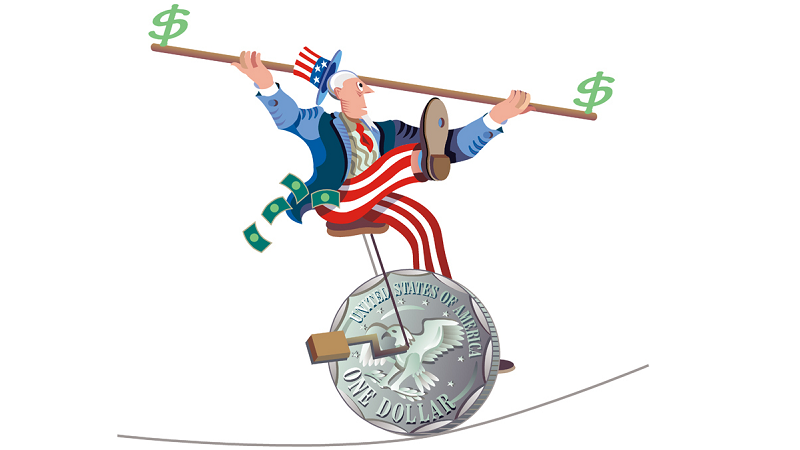 The Modernizing Government Technology (MGT) Act became the law of the land on Dec. 21, when President Trump signed it into law as part of the National Defense Authorization Act (NDAA). This is the much-vaunted revolving capital fund–cut out of the original FITARA bill in committee–that establishes a central bucket of money at the Office of Management and Budget (OMB), managed by the General Services Administration (GSA), for Feds to modernize legacy IT systems. Great idea when you consider that the Government Accountability Office (GAO) tells us Uncle Sam owns 777 supply chain systems and over 600 HR systems–and in light of the fact that we spend 80 percent of the $80-120 billion annual IT budget on life support for geriatric systems that should long since have been euthanized…

Show Me the Money.

However, while MGT is now the law, what does it really mean? This is an interesting question. Recent talk of MGT has trumpeted the $500 million central revolving capital fund–exciting, but a long step down from the $3.1 billion IT modernization piggy bank originally attached to FITARA. That said, it’s significant to note that while the MGT Act made it into law, appropriators sat on their hands. Yes, believe it or not, there’s no funding for MGT at this time. And, interestingly, there’s a discrepancy between the bill, that authorizes $250 million each year in FY18 and FY19, and President Trump’s budget request for MGT FY18, which was $228 million.

So, MGT NBD? Absolutely not. And, here’s why…

Changing the Color of Money.

As you know, we’re currently operating under a continuous resolution–which means there’s a 50/50 chance whether MGT gets funded or not–and the appropriators on the House and Senate Financial Services and General Government Subcommittees hold the purse strings.

But, whether MGT is funded this year or not, it’s already delivering significant value today. You see, MGT allows Federal agencies to change the color of money. Historically, agencies have been forced to spend their budgets in one year–one-year money–and if they realized savings, they’d have to give up those monies, as their next year’s appropriation would fall by the amount of those savings. This effectively discouraged agencies from making changes to save money. Under MGT, agencies can reprogram one-year money to three-year money. That means that agencies can invest out of their existing budgets in programs that will save them money–and therefore realize savings beyond one year without being required to cut their budgets the following year. Yes, this makes a huge amount of sense–and it’s the gem in the middle of MGT.

Although there’s no money currently appropriated for MGT’s revolving capital fund, that doesn’t mean that there won’t be any. Realistically, we continue to operate under a continuing resolution–so at best, there’s a 50/50 chance that MGT gets funded. This month, Congress will likely pass all required 12 appropriations bills rolled up into a single year-long omnibus spending package. The one we are specifically focused on is the Financial Services and General Government appropriations bill– that funds OMB, GSA, Treasury, etc. So, how do you help MGT get funding? First, you need to flag the fund to Congress. That means go to the House and Senate Appropriators, including MGT Act sponsors Senators Tom Udall, D-N.M., and Jerry Moran, R-Kan., and tell them why MGT is critical.

Oh, and if MGT doesn’t get funded this year, that doesn’t mean that we can’t take another swing next year.

By Whatever Means Necessary.

Even if MGT never gets funding, agencies still have options and new flexibilities. GSA could look to find money in its existing budget–and repurpose that to capitalize the fund. As mentioned earlier, GSA owns responsibility for implementing the fund if and when it’s up and running.

“Regardless of whether MGT is funded this year or not, Congress and OMB recognize the importance of IT modernization,” said Mike Hettinger, a former Capitol Hill staffer who now runs his own consulting firm. “As a result we expect to see significant IT modernization-related activity over the next 12 months, creating real opportunities for agencies to move away from legacy systems to modern platforms.”

Watch this space for guidance from OMB. Each agency’s CFO office will also provide guidance. It’ll be interesting to see the range of approaches agencies take–and more interesting, the impact MGT has on modernizing and improving the outcomes of Federal IT.

The Congressional MGT Act co-sponsors are bullish about getting operational about MGT.

“It’s critical now that the MGT Act has become a reality, that agencies across government leverage their savings from FITARA and work to update and modernize their technology and legacy IT systems,” said Rep. Gerry Connolly, D-Va. “MGT is another tool we must use to realize FITARA’s full potential to transform federal IT.”

“Every year, the federal government wastes billions of hard-earned taxpayer dollars maintaining outdated, unreliable and unsecured IT systems–some of which were first designed in the 1960’s. Until now,” said Rep. Will Hurd, R-Texas.

“The MGT Act will bring the government’s IT systems into the 21st century and allow agencies to use the money that is saved to modernize other systems, helping create more quality and timely services for the American people,” Hurd said. “Imagine being able to renew your passport online. How about our military veterans not having to take hard-copies of their health records with them to the doctor? It’s 2018 and these are the types of services that the American people deserve from their government. Today, we’re delivering.”

“Thank you to all those on both sides of the political aisle who worked together to get MGT across the finish line,” Hurd said.

“MGT is a major milestone for much-needed Federal IT modernization,” said Steve Harris, senior vice president and general manager, Dell EMC Federal. “We applaud Congressmen Will Hurd and Gerry Connolly for their leadership. Now the real work begins–and we’re excited to engage with Federal CIOs to rethink efficiency. My parents ran a business–and we well understood the requirement to invest in order to save. Industry needs to champion MGT to help secure the appropriation and to work with agencies as they set up their revolving capital funds.”

And seeing as how Connolly, Hurd, and industry are so bullish, MeriTalk’s working with the two Congressional leaders to host an MGT Act kick-off reception on Capitol Hill to celebrate the passage of MGT–more soon.