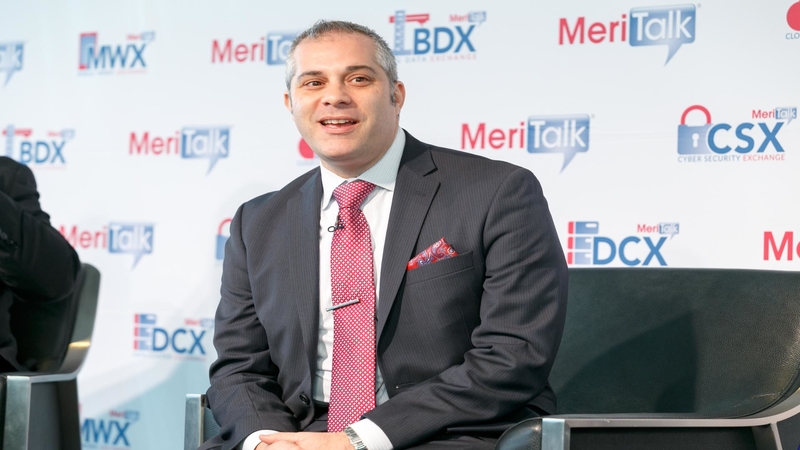 Federal government IT – and the ongoing effort to modernize the enterprise that serves 327 million citizen-customers – is a jewel with myriad facets.

We sat down recently for lunch and policy talk with Jonathan Alboum to get his view of a few of those facets, gleaned from years of working both within the top tech ranks of the Federal IT enterprise, as well as on the outside where the IT industry is breaking new ground in modernization. Alboum is currently principal digital strategist-Federal government at ServiceNow, but formerly served as CIO at the Agriculture Department and Associate CIO at the General Services Administration, among other stops on a rich journey through the heart of Big Fed IT.

Here’s some of what he had to say about Federal service, the Federal Information Technology Acquisition Reform Act (FITARA), the Federal Data Strategy, the challenges facing Chief Data Officers, and what keeps him happy outside the office.

MeriTalk: You’ve seen Federal government IT from both sides now. What are a couple of differences, and what could each learn from the other?

Alboum: I began my career in management consulting and when you’re in that kind of role, you work on projects, they get completed, and you move on. In the government, the first thing I realized was running an operation and being responsible for people’s ability to conduct the mission is a lot harder than being on a short-term project. The challenge of operating day to day in the government when you have a mission at stake – whether it’s cancer research or fighting forest fires – comes with a lot of pressure and a lot of challenges.

When I talk to colleagues in government about what it’s like in industry – I’ve been outside of government for about two years now – it’s about how much innovation can occur when you’re able to work in an environment that is somewhat less bureaucratic, and where there are opportunities to take risks, and where risk-taking is a virtue. You don’t always get to take risks in the government, and make mistakes, and there’s a very critical aspect of innovation that comes from that freedom. I see that very clearly, especially at a company like ServiceNow. To innovate, you have to be able to try things out.

MeriTalk: When you were CIO at the Agriculture Department, your operation was graded by the first iterations of the FITARA scorecard published by the House Oversight and Government Reform Committee. What’s your view of how FITARA has evolved over the past four years, and might evolve further?

Alboum: The FITARA scorecard is really a communication device, right? It’s Congress saying, “I bothered to look, I bothered to understand, here’s what I think, and now you need to make some improvements.” The scorecard categories have changed a bit since then, and they probably need to evolve further.

The idea of FITARA is that the CIO is going to be in charge of a department and have this overarching governance and accountability. But what gets lost in the scorecard sometimes is where the money is in an agency. The CIO often has a very small appropriated budget relative to the IT spend for whole agency or department. I think showing that on the scorecard as a percentage is a very interesting piece of data. I don’t know that everybody in Congress or in the IT community understands that the direct oversight of the larger IT budget is often low for a Department CIO.

Another category can be workforce. The closer that your workforce is to retirement, the harder it’s going to be to backfill when great people go, so how do you demonstrate that through the data that we have in our organizations? What kind of succession planning do you have? Where do you have the right skills around data or around cybersecurity, have you invested in workforce planning and reskilling? Some of the things on the scorecard are checkboxes that reflect plus or minus, are you doing it or not doing it. You could start there, and there is available data.

MeriTalk: How about a category that measures customer satisfaction?

Alboum: Maybe we could start with the idea of a Net Promoter Score that shows how willing your customers are to promote your product or service. Let’s think of a creative way to apply that kind of concept in government. Are you able to describe an agency’s virtues and your experience working with that agency, and would you share that with others? I think there are many very positive examples of how citizens interact with the government, sometimes at the county or regional level, or in more of a retail way, where they aren’t always using the latest and greatest technologies.

The question that you asked was how do you elicit that information. The process for collecting information is not as simple as it should be. You need to make it easy for people to provide feedback. And then go back to the theme of data, which I think comes up a lot. How do you take that data to drive targeted changes, and then connect agencies that have very strong customer service cultures or very good tools for providing service in a retail kind of setting or call center to other agencies that need to do that better?

MeriTalk: We’re paying a lot of attention to agency Chief Data Officers, and what they will be doing to carry out the Federal Data Strategy. What is your advice for approaching a job like that?

Alboum: I think you need to be aggressive in terms of having good plans for getting data to be viewed strategically in an organization. So, I’d invest in the governance that’s required. I’d invest in creating a culture of data stewardship, so people better understand the data they’re putting into a system, how it might be viewed in the future, and how it will be used to make decisions. I think this will result in them taking more care doing data entry because if you have bad data then it can lead to bad decisions.

You have to have create a culture around data stewardship and governance, you have to invest the time and effort to figure out where your data is, what the data is, and how it moves through the organization. Those are foundational things that make sure that you have good data.

And as you move through those foundational things, you’re set up to do the more complex data science related activities. You can’t be a data-driven organization without good fundamentals, or else it’s like building a house without a foundation. We have to invest in this foundation now, while people are interested. People will remain interested as they see the very positive results that come from data science and having tools like a data lake, because they’ll see the value.

MeriTalk: It’s been a long time since cloud was an exotic concept, but it seems from the outside that some Federal agencies are taking their time getting there. Anything that comes to your mind for policy that will hasten the process?

Alboum: I’d argue that for smaller agencies, it’s a little bit easier with a smaller footprint to push in that direction. At larger, more complicated federated agencies, you need to do a lot of planning.

You need to know where your data is, what the work is, and make sure you’re moving things that make sense. But you can get caught in analysis paralysis. In that case, look for capabilities that stand out as obvious opportunities for cloud, like public facing websites or other systems that have a limited connectivity elsewhere in the organization. Many agencies have already had success doing those things, those are kind of no-brainers to get going.

The other approach is to invest in platforms, like ServiceNow, that allow you to develop custom workflows that can replace the smaller systems that are oftentimes very cumbersome to work with, and that don’t support integration and digital transformation. It can be a fast track to being an organization that leverages cloud for what it was intended, which was to have less infrastructure, don’t build your own software, and be reliant on experts to monitor, manage, and maintain these complicated environments.

MeriTalk: You can hardly find a Federal agency that’s not dipping their toe in the AI and machine- learning waters. What’s your view of those efforts and where they will be going?

Alboum: I think the best examples of where AI or machine learning are having impacts today are where they’re giving the human a little boost in terms of their productivity. And I think you have to start with those simple examples.

One good example I’ve seen is AIOps, where I can use an algorithm to take a look at how my systems are performing. I can learn if there is an inefficiency on a particular server or if a hard disk that is going to fail. I can then take a proactive action to avoid an outage.

MeriTalk: What can ServiceNow do for Federal agencies that are tackling all of these things – cloud, modernization, AI, all the rest?

Alboum: We can simplify an agency’s ability to operate effectively by removing the ad hoc nature of how work gets done through all of the spreadsheets, emails, the phone calls, etc. Any process is more prone to failure the more steps you have along the way.

ServiceNow provides a platform for these very important digital workflows, where they can be managed in one system. Work doesn’t have to be complicated and doesn’t have to be ad hoc, it can be managed. There’s a lot of digital chaos in our organizations. We all need to get it under control in the government and private sector. ServiceNow is an excellent platform to provide the tools that are needed to create better IT experiences, employee experiences, and customer experiences. And if you have employees that are productive, they’re engaged, they’re going to provide better service, and they’re going to be more effective, resulting in happier customers.

MeriTalk: Enough about work, what are you interested in that has nothing to do with tech, and that gives you some joy?

Alboum: I have three kids, so my wife and I get a lot of joy from our children and being together as a family. Outside of that, I love practicing Bikram yoga. I try and go as often as I can, which is not as often as I want, but I love it. And then the third is Bruce Springsteen, who makes my favorite music, and who I’ve seen many times in concert. I just really appreciate his art and what he’s written about.

MeriTalk: OK, last question, but maybe my very favorite of all in journalism. What didn’t I ask you that you wished I did?

Alboum: I’m really proud of the state of Federal IT today. We have had so many great things happen. And having come out of that environment and seeing how its evolved over the past 10 to 15 years, it’s really exciting.

We have the Technology Modernization Fund, the Federal Data Strategy, the AI Strategy, etc. – all of these really great concepts that are being implemented. I call them digital muscles. But they’re disconnected. So, I think a very intriguing idea is to create a national digital strategy that describes how all these different capabilities fit together, to drive towards a very connected goal, horizontally across agencies and vertically between levels of government.

That kind of strategy could connect citizens’ interaction with governments – Federal, state, local – for the benefit of both government and the citizen seeking services. It’s very complicated today, all the ways that consumers can interact with the government, it’s tribal knowledge at times. Let’s connect these things in a way that makes it easy. I’m intrigued by this concept. I know we could do it because it’s essentially what Amazon does. We need to be talking about the art of the possible.