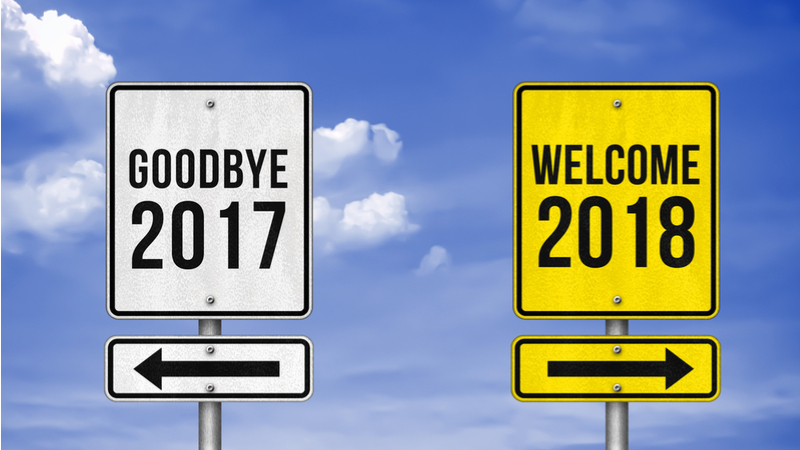 Last year brought a great deal of change to Washington, D.C., from a new administration moving into the White House to D.C. United building a new stadium. As 2018 starts up with seemingly limitless IT opportunities ahead, MeriTalk takes a look back on the top Federal IT stories from 2017.

On the first month of last year, the government gave to me: Worries about election technology.

A debate about the security of, and responsibility, for election-related technology had swirled since the 2016 election. In January 2017, the Department of Homeland Security (DHS) designated election and voting technology as critical infrastructure. This caused a furor from state governments reluctant to cede control. But DHS insisted that furor was misplaced.

Building off the hacking concerns and carrying over the holiday spirit of peace, Microsoft proposed that nations begin a Geneva Convention for cybersecurity. Microsoft called for legislation that would prevent countries from attacking critical infrastructure, make it a norm to assist the private sector in resolving cyber incidents, report observed vulnerabilities, not develop or spread cyber weapons, and not attack other nations. Industry players would pledge, in turn, to remain neutral and not take the side of their country of origin in the event of an attack.

After unpacking his boxes and settling into the Oval Office, President Trump decided to focus on making America great by promoting innovation. Trump hired Matt Lira, who had worked on technology-related legislation with House Majority Leader Kevin McCarthy, R-Calif., as a special assistant for innovation.

Would be great to get an update on Matt’s progress and hear from him more often.

Trump continued his focus on technology well into the spring, with the creation of the American Technology Council (ATC). The council consists of the President, the Vice President, Secretaries of Defense, Commerce, and Homeland Security, as well as the Director of National Intelligence, the Director of the Office of Management and Budget, and the U.S. Chief Technology Officer. The group both coordinates the use of IT by agencies and directs the President’s policy decisions.

Just a month after forming the ATC, Trump took another swing at cybersecurity fears, with his executive order. The executive order took a multipronged angle of attack when dealing with the issue of cybersecurity, making agency heads responsible for cybersecurity progress, emphasizing modernization as an important security measure, and making the NIST standards mandatory.

Too early for a government Fourth of July celebration, but still a reason for govies to celebrate: Amazon Web Services (AWS) announced the creation of a second region for government service after their first region opened on the West Coast in 2011.

Jeff Bezos put his money where his mouth is in 2017.

Though many tech workers were busy enjoying a summer vacation, the White House was working on plans to grow the cyber workforce. Last July, the executive branch released suggestions for agencies and schools to implement to draw workers into technology-related fields and to clarify career paths for those already there.

Will AI change the math on cyber hiring?

The American Technology Council (ATC) wasted no time before getting to work. Four months after its creation, the ATC released its IT modernization report, which said that the Federal government should invest in two to three cloud platforms to support all Federal agencies.

There are obvious synergies with MGT Act and FITARA. The ATC needs to maintain focus–challenging with so many priorities.

Following concerns over Kaspersky’s relationship with the Russian government, Elaine Duke, acting secretary of Homeland Security, released a binding operational directive on Sept. 13 requiring agencies to identify and plan to remove all Kaspersky Lab products from use within 90 days.

Unsurprisingly, Kaspersky later filed suit against the Federal government. The lawsuit is ongoing.

Cue a wry smile from Huawei.

Anyone who’s been to college knows finals season is tough. Last year, most Federal agencies should have hit the books a little harder. On the fifth FITARA report card, scores weren’t so great. Overall scores were down, three agencies improved their grades, 15 held firm, and six declined.

“The Scorecard makes clear that agencies still have a long way to go to address the challenge of reducing the growing number of Federal data centers,” said Ranking Member Robin Kelly (D-Ill.).

Need to elevate FITARA and link it to the MGT Act. Perhaps, poor grade means no money?

Rep. Will Hurd, R-Texas, and Sen. Jerry Moran, R-Kan., had a very merry Christmas after shepherding this bill across the finish line. On Dec. 12, president Trump signed the Modernizing Government Technology (MGT) Act into law. The MGT Act allows agencies to allocate savings created by first round modernization projects for use in future projects with the creation of working capital funds.

“Every year, the Federal government wastes billions of hard-earned taxpayer dollars maintaining outdated, unreliable, and unsecured IT systems–some of which were first designed in the 1960’s,” said Hurd. “The MGT Act will bring the government’s IT systems into the 21st century and allow agencies to use the money that is saved to modernize other systems, helping create more quality and timely services to the American people.”

Will the MGT Act get any funding?

How will it connect with FITARA?

Will the MGT Act change Fed IT? Now what? Read.