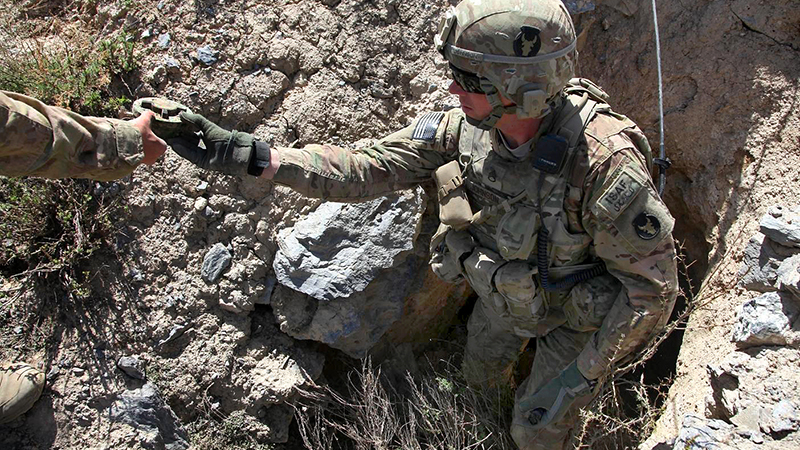 The Army needed new technology to be able to see inside a cave before they sent soldiers inside, so they asked college students for help.

James Madison University students are working with the Hacking for Defense (H4D) program, funded by the Department of Defense, in order to build the technologies that the military needs in current situations.

When the Rangers come across a cave, they need to know before they can go inside how many people are in the cave, its depth and layout, and if there are any improvised explosive devices or other threats. Hagstoz’s team is considering the use of specialized drones to tackle this problem. The drones would be equipped with 3-D mapping technology, GPS locators, or a Wi-Fi connection.

“The drone would be programmed to fly into the cave with either a swarm of drones equipped with hot spots or programmed to drop ‘bread-crumb’ connectors in order to keep connection with the Rangers,” Hagstoz said. “Once inside, the drone would use the thermal sensors and 3-D mapping to send real-time data back to a tablet or device.”

The other challenges that students can choose from include:

“The guys we got paired up with are really passionate about the problem. They do everything they can to point us in the right direction and aid us in any way we may need,” Hagstoz said.

Students are also learning how working with the Defense Department differs from a private sector company.

“When we’re working with military groups there’s a different culture in terms of communication,” said Chengqi “John” Guo, computer information systems professor in the College of Business at JMU.

When students began to reach out to members of the military to interview them to gain information for their product, the students tended to want to move too quickly.

“For us, a lot of the people we try to contact are active duty so at any minute plans can change and someone may not get back to you when you thought they were going to,” said Hagstoz. “Everything is also a lot more ‘hush-hush’ than you would think. A lot of people in these agencies are skeptical to talk with us until you provide proof that you’re really in conjunction with your sponsors.”

The most important skills that the students have learned in order to progress with their solutions is to communicate effectively, solve problems using the experience of many different fields of study, and focus specifically on what the Defense Department is looking for in a technology solution.

The students in the program are majoring in a variety of subjects and the seven faculty members also bring a different area of expertise to the table.

“The scope of the problem is so wide and sometimes unpredictable,” said Guo.

The students studying disciplines besides computer science often have ideas that can tackle the unexpected challenges, according to Guo.

The class is only a third of the way through its semester and two out of the five teams have come up with a minimum viable product, which is a step before a prototype. The class meets each week for three hours in which the students present their progress from the previous week, the faculty participates in a rotating lecture, and the faculty consult with the teams individually. JMU is the only school participating in Hacking for Defense with mostly undergraduate students.

“They met with one of our deans and decided we were putting enough horsepower behind it to make it work for undergraduates,” said Nick Swayne, faculty coordinator of the Hacking for Defense program at JMU.

The JMU faculty created an assessment framework for students to ensure that they stay on track to achieve what the government needs and the faculty provides constant feedback to teams. The faculty members observe the teams communicating about their projects on Slack, an online messaging application.

“We can see a lot of complaints, a lot of frustration,” said Guo. “On one hand, we’re happy to see it.”

Guo said that he wants students to experience the difficulties of building their technologies, but he also doesn’t want the students to feel like they’re destined to fail.

“Struggle is something they need to have to get to that success,” Guo said.