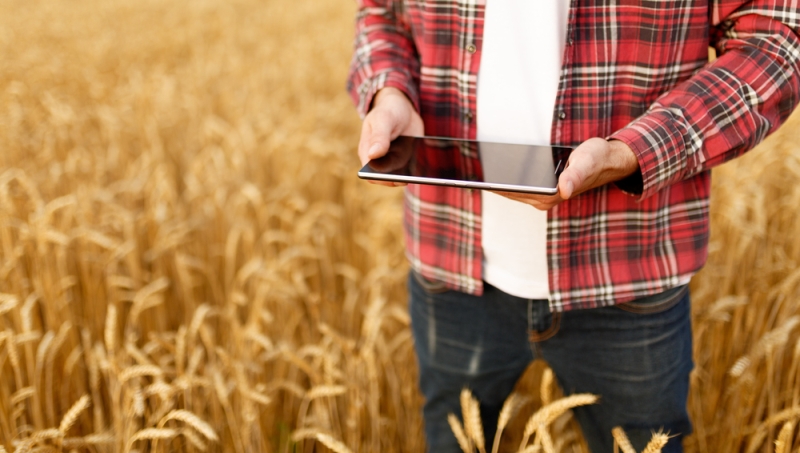 The Senate Subcommittee on Communications, Technology, Innovation, and the Internet took a deep dive look at the future of broadband in the United States during a hearing on Tuesday.

“To make next-generation broadband a reality and position the United States so it can win the global race to 5G, we should modernize outdated rules that delay and add unnecessary costs to broadband infrastructure deployment,” said subcommittee Chairman Sen. Roger Wicker, R-Miss.

5G, the latest and greatest in wireless technology, is the cream of the crop–providing faster and more reliable connections on devices than ever before. The downside? 5G requires different hardware installation to deliver that level of speed and reliability, putting it out of reach for some underserved, rural communities.

“We can all agree consumers living in rural America deserve exactly the same digital opportunities as those citizens living in urban areas,” said Robert DeBroux, director of Federal Affairs and Public Policy at TDS Telecommunications. “How we close the digital divide and what steps Congress can take in the short and long-term deserve policymakers’ full attention and commitment.”

During Tuesday’s hearing, while everyone in attendance agreed with DeBroux’s sentiments, the debate on bridging the broadband gap is almost 20 years old and how to successfully address the issue remains a point of contention for industry and policymakers alike.

“This process [of increasing broadband infrastructure deployment in rural areas] should start with collecting standardized and accurate data about where reliable fixed and mobile broadband already exists and where it does not–both in Mississippi and around the country,” Wicker said. “This is critical to delivering broadband to rural communities that lack service, whether that be through infrastructure legislation or existing federal programs like Phase II of the Mobility Fund. Inaccurate information of where broadband exists will only exacerbate the digital divide and leave millions of rural Americans further behind.”

“You cannot manage what you cannot measure,” said Steven Berry, president & CEO of the Competitive Carriers Association. “Moving forward, it is critical to accurately measure the extent of unserved and underserved areas across the United States to implement practical, useful solutions to expand mobile broadband service to all consumers.”

The Promise of 5G

While Feds are interested in expanding 4G and LTE access, there is heavy industry focus on 5G. Brad Gillen, executive vice president of CTIA, a broadband industry group, explained that 5G networks are expected to be up to 100 times faster than 4G networks, connect 100 times the number of devices, and respond five times as quickly. Plus, the small, pizza box-sized cells are far easier to deploy than large towers.

During the hearing, broadband industry groups sought to persuade Congress to invest in 5G and rework current regulations to make deployment easier. When it came to whether broadband can help connect rural and underserved urban areas, however, there was some disagreement.

Industry groups believe that 5G has the capacity to improve broadband access in underserved rural areas.

“5G will absolutely benefit rural America,” Gillen said. “It will start in the denser parts, as any technology does, like college campuses.”

Gillen also tied back to his earlier calls for reforming outdated regulations as an important part of deploying 5G in rural communities.

“We are equally confident that reforms can help the industry expand wireless coverage throughout the country, particularly in rural areas,” he said.

“It’s entirely possible that I don’t understand how 5G works,” Sen. Roy Blunt, R-Mo., humorously admitted during the hearing. “But from what I do understand, it seems likely that 5G would be even more slowly implemented in rural America than what we’re doing now.”

While Gary Resnick, Mayor of Wilton Manors, Fla. saw 5G’s potential in urban areas, he remained unconvinced about the benefits for rural areas.

“While wireless providers have touted the potential of 5G, it is important to keep in mind the realities of prospective 5G networks, and the limitations of the technology,” Resnick said. “5G deployment will not be a panacea for digital inequity in the United States, particularly in rural areas. 5G, which is still being standardized, necessitates the buildout of hundreds of thousands of small cell sites because the portion of the spectrum it uses cannot travel very far. This makes them great tools for densifying downtown networks and event venues, but terrible tools for covering sparsely populated, far-flung communities.”

“It is important to take realistic stock of whether, when, and to what degree 5G services will be available on a widespread basis in rural America,” said Romano. “A technical paper released last year found that the full promise of 5G capability can only be realized in rural America if small cells are placed every several hundred feet apart, and it will take significant amounts of backhaul capacity–‘densification’ of fiber–to manage the data loads that 5G is hoping to handle.”

The Race to 5G

In the push to the finish line, industry agreed that current regulations–written when deploying broadband meant building large towers and not attaching small cells to the side of a building–are a sticking point for advancing 5G.

Berry specifically called out spectrum auctions–when the FCC auctions licenses to transmit signals over specific bands of the electromagnetic spectrum–as a regulatory area that needs reworking in light of the push to 5G.

“While other nations are moving forward with spectrum auctions, particularly to support 5G services, it is critical that the United States does not fall behind,” Berry said. “Congress must authorize this change in the auction process and encourage the FCC to auction all bands suitable for mobile broadband use as soon as possible, and the FCC should move forward with a proceeding to begin the auction process.”

“Massive private investment from the national providers and regional carriers will be unleashed in the United States if the government modernizes its approach to infrastructure siting this year,” Gillen said. “We are confident that, with this subcommittee’s continued leadership, we can win the global race to 5G–as we did for 4G.”

At the end of the day, a few things are clear. 5G wireless broadband will provide better, faster connections–and better data management–for many underserved areas across the country. But, regulatory overhaul is required so small cell technology can flourish beyond urban areas. While covering sparsely populated areas that account for large tracts of the country is still desperately needed, the debate on how to do it efficiently is far from over. Industry leaders are confident, but government officials seem unconvinced. Here’s hoping the issue moves at the speed of 5G so rural Americans aren’t left unconnected for much longer.