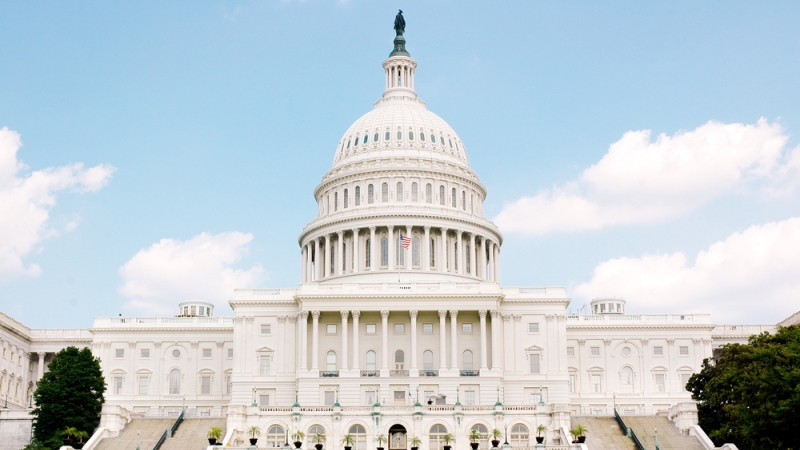 When the first Federal IT Acquisitions Reform Act (FITARA) scorecards were dished out in November 2015, agencies and industry alike praised government’s glowing commitment to overhauling a moribund Federal IT landscape. Looking back over the scorecards, FITARA has clearly added new transparency and accountability–and the scorecard has evolved over time. But, the FITARA 5.0 reports in late 2017 showed agencies are regressing. With the passage of the MGT Act, now seems like a good time to further evolve the FITARA scorecard.

MeriTalk asked Congressional leaders for comment and turned to private-sector executives for input on what they feel is going down, besides the grades, to determine if the scorecards are really telling the whole story. Along the way, they shared insight and recommendations on how to evolve FITARA for a fast-changing IT world.

Why Can’t You Keep Up?

Seeing Cs, Ds, and Fs on the scoresheet isn’t exactly inspiring confidence in agencies’ commitment to modernization. But tech execs question whether poor grades mean Feds are failing the IT test. Many argue that the pace of technological progress seems to be outstripping the guidelines for scoring.

“Items in FITARA don’t directly link to some of the technology discussions we’re having today,” said Rob Davies, executive VP of operations at ViON.

Considered in a vacuum, the DCOI policy to drive the number of data centers down by 2020 through scheduled closures is a good goal. But, DCOI also calls for increased server virtualization. A shift to hyperconverged infrastructure to limit physical server density becomes an obvious solution for agencies.

“We observed that adoption of hyperconverged infrastructure can paradoxically lower an agency’s DCOI score, as it allows agencies to make more efficient use of existing data center space rather than shut down their data centers altogether,” noted Steve Harris, SVP of Dell EMC Federal.

“Don’t knock agencies for leveraging emerging tech for practical solutions,” Harris continued. “It’s important that agencies don’t allow initiatives like the scorecards to push them unnaturally to IT environments that aren’t strategic to their missions. These positive efforts toward consolidated and efficient government IT should not go unnoticed.”

On the software side, the introduction of new cloud-based models is starting to shift some of the sand under FITARA’s foundation–although the overwhelming majority of Federal IT still lives on prem. Bob Osborn, CTO for Public Sector at ServiceNow sums up the dynamics driven by the shift to the new: “FITARA uses an app-centric approach to evaluation. Tech has moved beyond application management into platform management, with native apps that work together. This reduces the cost, complexity, and cybersecurity risk for agencies that have managed this transformation.”

“Financial managers used to recommend you find a car that would last 10 years and buy it for cash,” Osborn continued. “Cars have become so technologically complex, now they recommend you lease. It’s the same way with technology. Why would the government want to buy software, have to maintain and manage it, then retire it at the end of its lifecycle?”

Trumpeting the very real benefits of the cloud movement, Osborn says software-as-a-service provides an acquisition model that keeps government tech fresh, and acquisition law simply hasn’t caught up yet. If the ultimate goal is better security and efficiency, agencies can’t be shackled from upgrading to best-of-breed software too much further into the future.

So Tell Me What You Want

It’s this idea of constant refresh that drives what the industry feels would best benefit FITARA going forward. “Measurement and metrics are complex and naturally require adjustment,” said Harris. “FITARA and its scorecards are extremely positive steps and will only become more useful tools as they’re tweaked and updated.”

“One of the key missing elements is a description of a desired future state,” added Osborn. “Without it, the measurements on the scorecard are trying to achieve goals that aren’t fully defined. FITARA should be a living document. Each fiscal year, Congress should provide an appendix or update to the legislation to keep it tied to how technology evolves.”

Congressman Gerry Connolly, D-Va., hears industries perspective, and agrees with the notion of evolution, but cautions about the dangers of impatience. “The FITARA Scorecard has always been a living document with the pillars of FITARA serving as the foundation for how we measure agile, efficient, and transparent information technology acquisition practices,” said Connolly, the co-author of the FITARA legislation. “In response to stakeholder feedback, we have tweaked the ways in which the scores are developed to ensure we are rewarding good behavior with improved grades, and we will continue to do so. It is tempting to chase the new shiny thing. However, we are less than three years on from the first Scorecard. There are still savings and efficiencies being left on the table and some agencies–especially the biggest one, DoD–are dragging their feet. I am committed to continued accountability to FITARA, and welcome input on how we can improve the scorecard to achieve that goal.”

And Tell Me How You Want It

Connolly’s comments underscore the need for a larger discussion about the implementation of new variables and greater visibility into existing requirements. “We need to have the current variables in the scorecard present across government, as well as transparency across government,” said Davies. “Then we can talk about the next set of initiatives, and start thinking about how FITARA flows into MGT and how guidance comes down from OMB.”

This is of greater importance now, as speculation swirls as to whether FITARA Scorecard 6.0 will include whether agencies have established their working capital funds as authorized by MGT.

Still, items like a software licensing inventory and establishing a working capital fund bring with them an air of micromanagement. Folks argue that the scorecards would benefit from a shift from a compliance-based to an outcomes-based model.

“I think we could come up with four or five other variables, cloud migration, for example, that have come to the forefront since FITARA was passed,” said Davies.

Harris added, “Smart, outcome-focused investment will prove key to continued momentum away from legacy systems and toward a modernized federal government. Industry players have opportunity to share their observations and work together with government to adjust FITARA measurements.”

So the private sector seems to be singing the same refrain–bringing a framework based on actual efficacy will require greater dialogue and public-private cooperation. A new modernization funding board that includes agency voices and forthcoming MGT appropriations seem a step in the right direction.

MeriTalk’s FITARA Awards program will provide a sounding board for government and industry technology officers looking to improve the evaluation process. The CIO Council is actively participating in its planning, and MGT cosponsor Gerry Connolly, D-Va., will serve as the award program’s honorary chairman. By recognizing tangible achievements thus far, the awards will enable new dialogue on FITARA judging and offer a platform to make recommendations on how to evolve the scorecard moving forward.