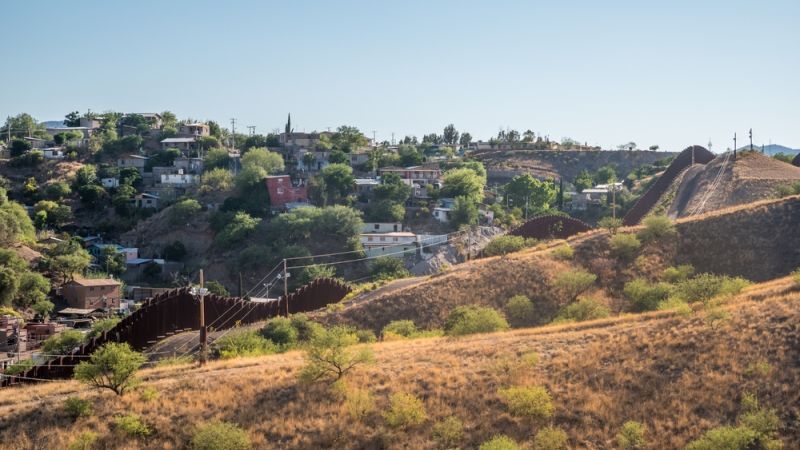 Congress should focus on providing Customs and Border Patrol (CBP) with technology to patrol the border and detect illegal smuggling, rather than building a physical barrier across the whole southern U.S. border, according to Rep. Will Hurd, R-Texas.

Instead, Hurd said, CBP needs technology that is easy to use, integrated across various law enforcement sectors, and can be accessed by agents in the field.

“This is why I get frustrated with all this talk about a wall, because $24.5 million a mile, that’s a lot of money. You can deploy a lot of off-the-shelf technology to do what I just described for half a million dollars a mile,” said Hurd. “That’s where we’re trying to go with this idea of a smart wall that leverages technology to make sure the men and women of Border Patrol are doing their thing.”

U.S. Customs and Border Patrol officials, who testified before the House Subcommittee on Border and Maritime Security on July 25, spoke to the need for detection technologies that can communicate with each other and that include automated reports to the agents and offices that need them.

“My tech scenario would be having the right mixture, based on the threat, having the right mixture of technology–and we can’t do it alone, no piece of technology has ever made an apprehension–that informs and talks to all the other component pieces that we have within CBP,” said Scott A. Luck, acting deputy chief of the U.S. Border Patrol. “We have systems out there that are stand-alone systems that we need…to have speak to one another.”

“I have personally witnessed a significant increase in the development and the deployment of technology to aid in the security of our borders,” said Dennis J. Michelini, acting executive director of operations for Air and Marine Operations at CBP. “The result of which has, without doubt, improved our efficiency and effectiveness in fulfilling our law enforcement mission.”

However, recent Government Accountability Office (GAO) reports have indicated that CBP needs to do more work in recording the results of technology implementation.

“Although CBP has made this progress in technology deployments, we have also reported that CBP could do more to strengthen its management of technology programs and better assess the contributions of surveillance technologies to border security efforts,” said Rebecca Gambler, director of Homeland Security and Justice at GAO. “CBP needs to develop and implement performance measures and analyze data it is now collecting.”

“With limited resources for technology on the border it’s important that Customs and Border get it right when it comes to procuring, testing, and deploying technology along the border,” said Correa.

According to Hurd, if the border wall price of $24.5 million per mile were extended across the 1,350 miles of the border that doesn’t have fencing, that equates to a $33 billion price tag on the physical wall.

“I can use $32 billion of that for a lot of other things, like give y’all’s folks more pay for the hard work that they do, give Mr. Michelini some more air assets to do what he does,” said Hurd. “It’s 2017, and I think we as a government should have done a better job of helping y’all deploy technology along the border to do your jobs.”